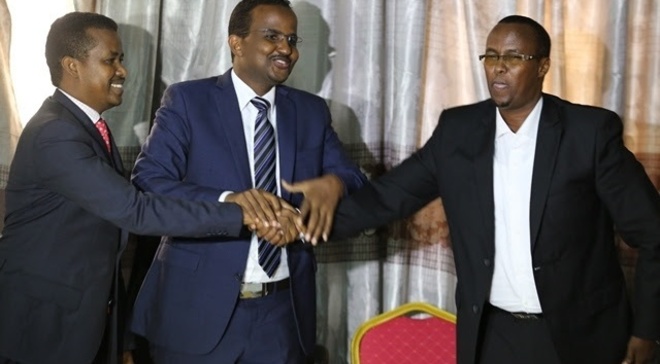 BELEDWEYNE, Somalia, September 5, 2015 (Garowe Online)-The Governors of central Somalia region of Hiran and Middle Shabelle have been in war of words over the venue of state formation conference as the slated date has lapsed, Garowe Online reports.

Hiran Governor Abdifatah Hassan Afrah insists that Beledweyne will host the convention while his counterpart in Middle Shabelle, Ali Gudlawe Hussein continues to deem his remarks ‘hasty and unilateral’.

In remarks to reporters, Afrah indicated that his administration has already prepared amenities essential for the state formation convention.

The agreement was reached with eleven ministers hailing from the two regions and United Nations envoy to Somalia, Ambassador Nicholas Kay present.