Somalia is not ready for universal suffrage polls in 2020, Madobe tells Int'l partners 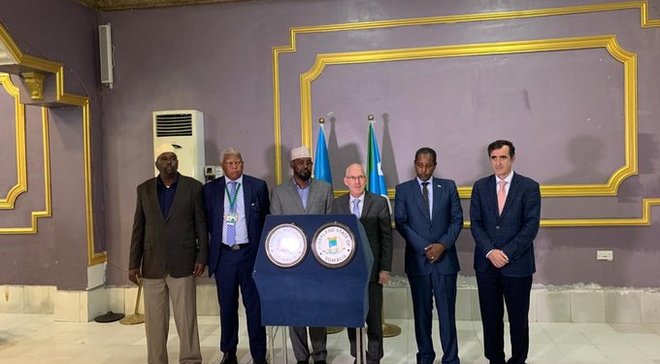 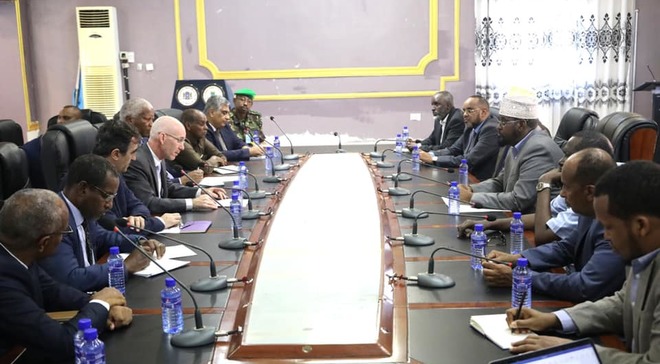 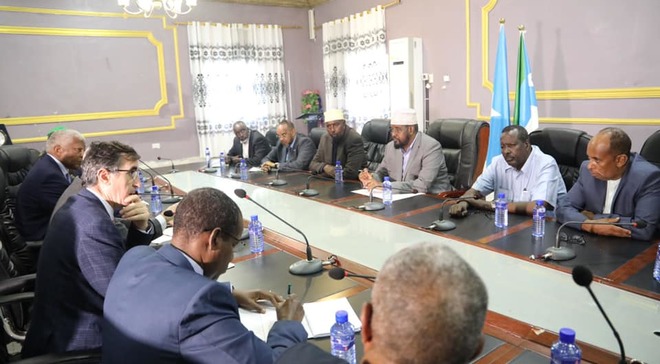 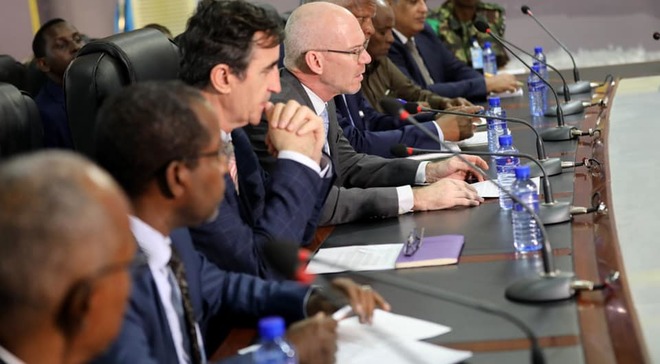 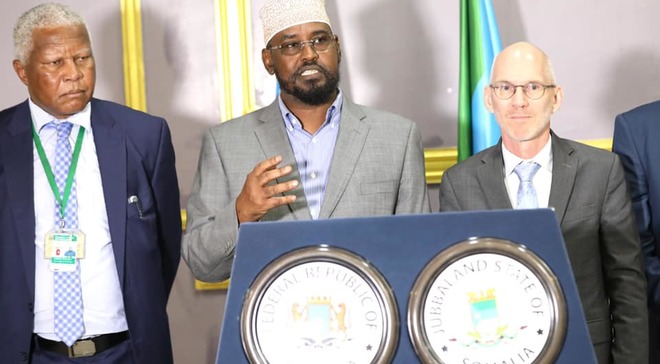 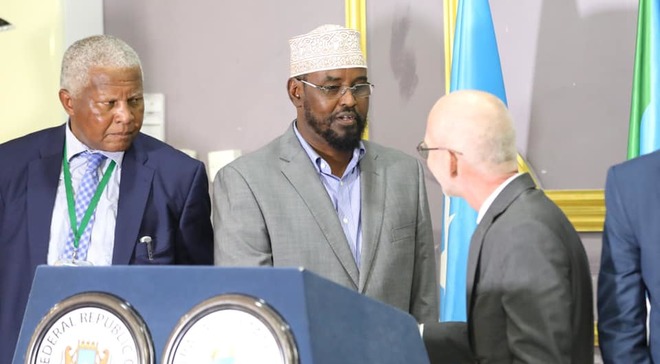 KISMAYO, Somalia – Jubaland State president Ahmed Madobe said Somalia is not currently prepared for one person, one vote election next year during a meeting a top delegation from the International community, Garowe Online reports.

President Madobe said there is still much that needs to be done, including security, completion of the draft constitution, inclusive electoral law, and population consensus ahead of the universal suffrage polls.

Speaking at a joint press conference with UN, EU, IGAD and AU envoys in Kismayo city on Tuesday, Jubaland president has blamed the Somali Government for falling short of the constitutional review process and investing energy in the meddling of regional states' affairs.

Madobe underscored that the long-standing political tension between Somalia’s Federal Government and the Federal Member States is the biggest challenge impeding Somalia’s goals in 2020 and called for concord.

For their part, the foreign diplomats said Jubaland and its people will have their role to play in the efforts to enable the Horn of Africa country to hold the planned polls and jointly prevail over the current hindrance.

They said the ongoing preparation for ‘one-person, one-vote’ elections, finalization of the provisional Constitution, continued progress towards debt relief, and the liberation of the country from Al-Shabaab.

“We are here [Kismayo] to engage with a range of stakeholders and to hear their views on how key national priorities can be achieved in 2020,” read the statement in part.

As 2019 moves to the finishing line in two weeks, Somalia’s international partners say they are reflecting on the progress made this ending year, and looking ahead to 2020 as a critical year for the country.

They have encouraged all Somali leaders, institutions, and communities to engage in dialogue to agree on a way forward and to cooperate to realize the priorities agreed for the year ahead.

The visit becomes the first of its kind by the International community representatives in Somalia since the re-election of Ahmed Madobe as Jubaland president in August 2019 which has been held in Kismayo.

It's been 50 years since Somalia last conducted a "one-person, one-vote" election.

Three previous presidential elections in 2009, 2012 and 2017 were decided in a system where lawmakers were voted in by about 14,000 clan delegates. The lawmakers then, in turn, elected a president.

Following two decades of civil war and then rule by a transitional government, backed by the United Nations and the African Union, Somalia has slowly been inching its way toward universal polls.