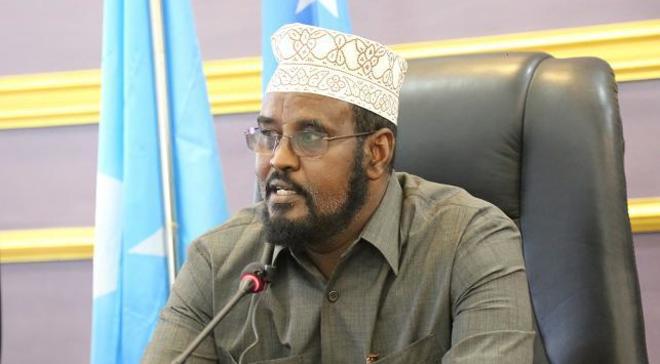 In a statement, the office of the president announced that the postponement came after Somali government imposed a travel ban on Kismayo and “illegally” blocked dignitaries from attending the event.

Former presidents, Federal lawmakers and other distinguished guests in Mogadishu failed to attend the inauguration that was scheduled to take place on Sept 26 due to the halt of all flights to Kismayo for 3 days.

No date has been set for the new inauguration of president Ahmed Madobe, who was re-elected 22 August 2019 for a third term in office by Jubaland parliament following an election held in the port city.

On Sunday, the authorities stopped Somalia's former President Sheikh Sharif Sheikh Ahmed at Mogadishu airport and barred him from travelling to Kismayo to attend the inauguration.

Speaking at a press conference, Ahmed who is now the leader of an opposition political party “Himilo Qaran” accused the government of violating the constitution and his rights as a citizen.

In addition, the former president [2009-2012] called for the UN-backed Federal government of Somalia to immediately reverse its “illegal decision" restricting the movement of citizens.

Jubaland and Mogadishu have been in deadlock and relations reached a low point since 2017 as Madobe accuses the Federal Government of continued interference in his regional administration.