Somalia: Jubaland re-elects President Ahmed Madobe with 74% of the vote 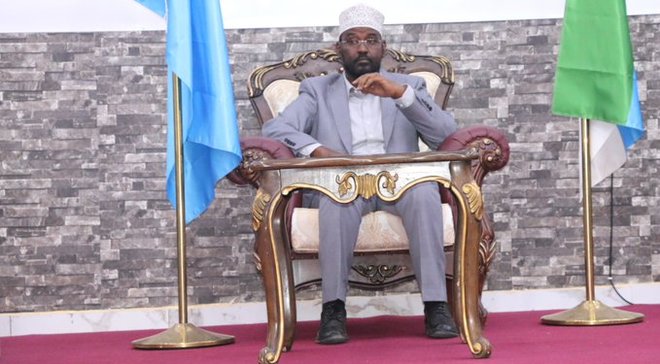 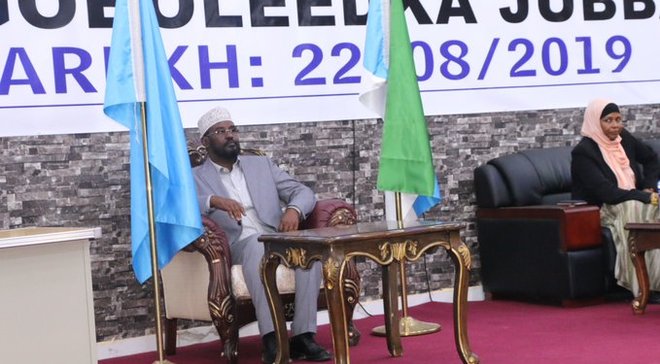 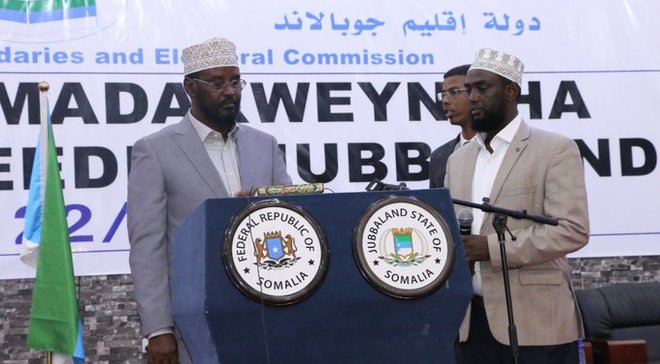 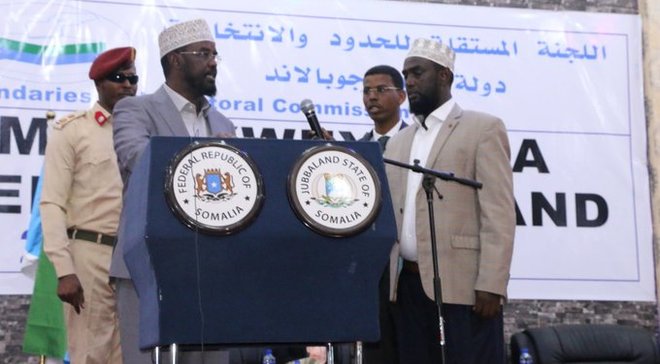 KISMAYO, Somalia – The newly elected lawmakers of Jubaland State of Somalia voted on Thursday to elect a new president in a much-awaited election in the southern port city of Kismayo, Garowe Online reports.

Four presidential candidates, including incumbent Ahmed Madobe and one female, have contested for the state presidency during the vote by the region’s 74-seat parliament.

Madobe has won Jubaland’s election by a landslide, granting him a third term in office and extending his 6-year rule over the Horn of Africa country’s southern strategic Federal state.

He was announced the winner in the first round of the ballot after garnering 56 votes out of the 74 MPs who voted in parliamentary polls, defeating his closest candidate, Anab Mohamed who won 17 votes, according to the election result.

The 56-year-old leader ruled over Jubaland since its inception in 2013, a year after his Ras Kamboni Brigade backed by Kenyan defense forces [KDF] liberated Kismayo from Al-Shabab.

The town which now as the interim seat of Jubaland lies about 500 Kilometers south of Mogadishu, the Somali capital.

With the landslide victory, the President-elect is facing growing opposition from the Somali Government which said it would not recognize the result of the election in Jubaland, a key battleground state for counter-terrorism operations.