Somalia: Jubaland swears in new parliament ahead of presidential election 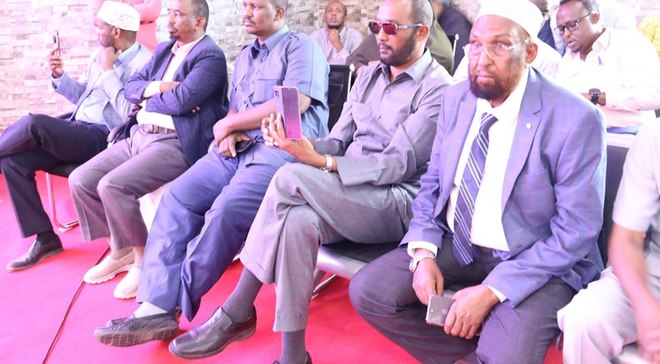 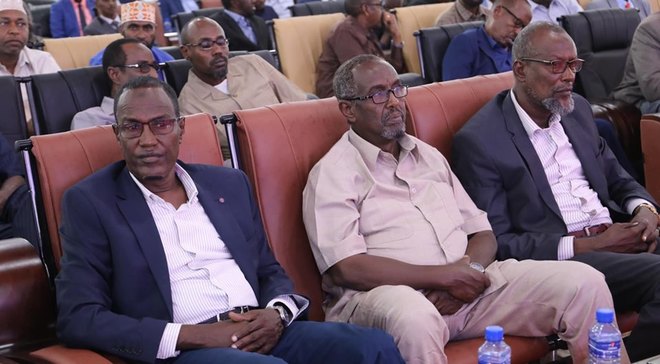 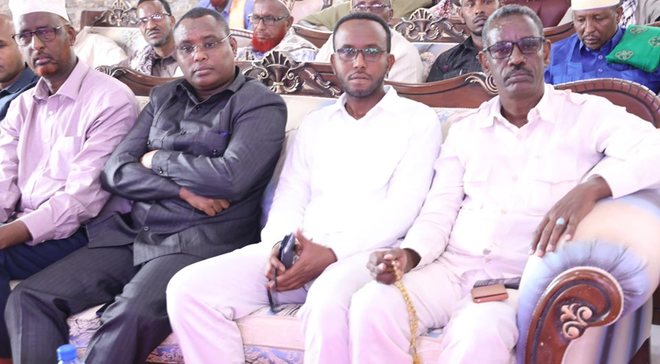 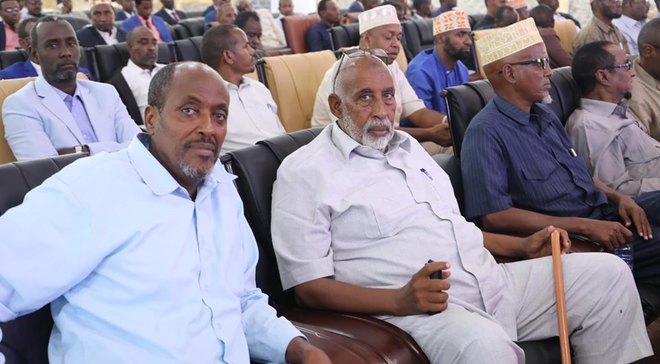 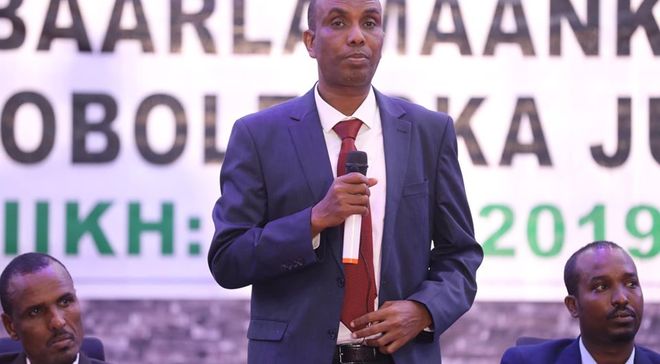 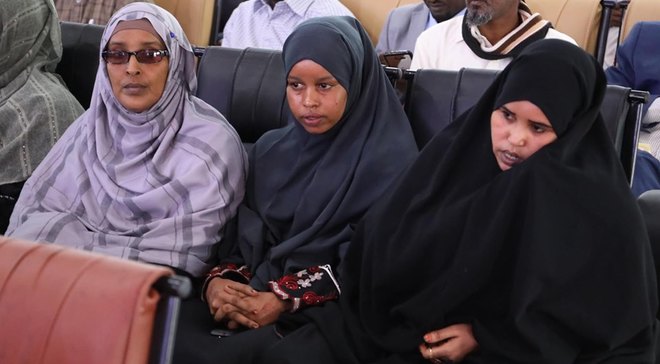 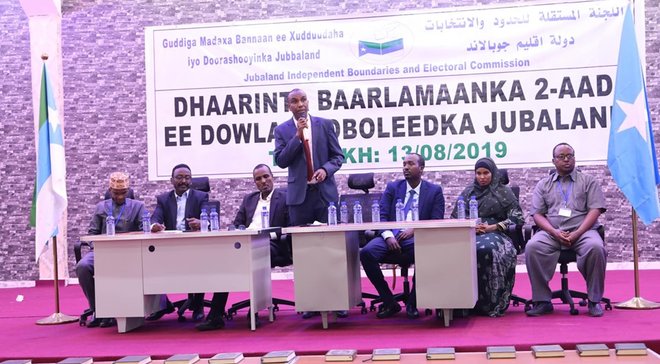 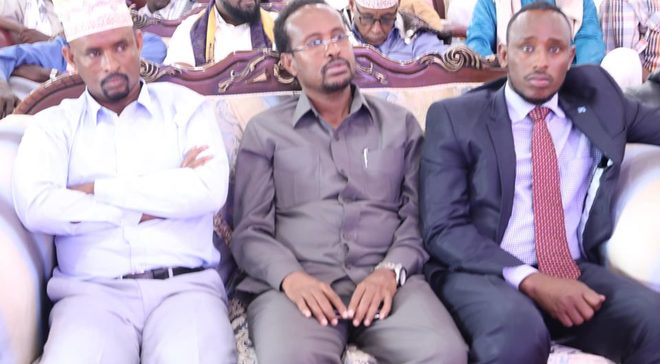 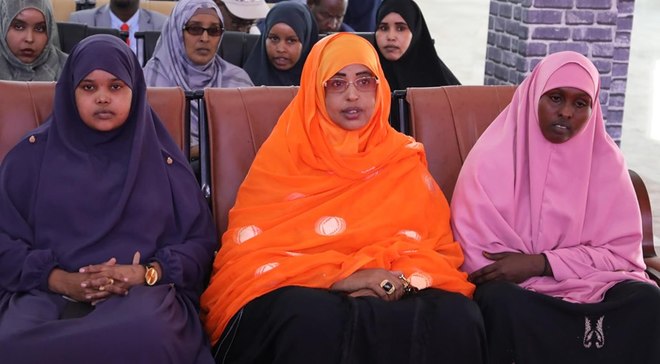 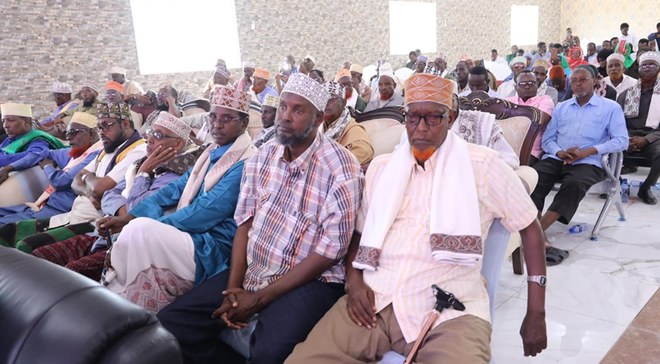 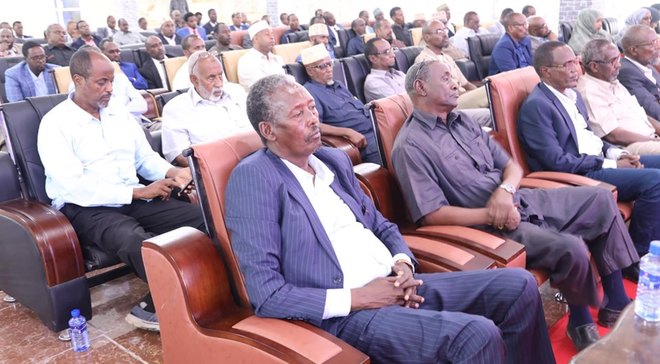 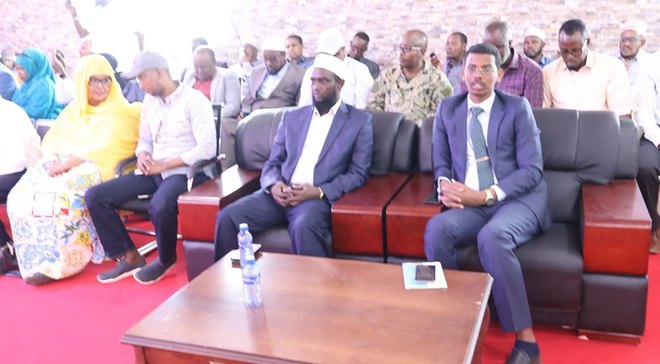 KISMAYO, Somalia - The second Parliament of Somalia’s southern Jubaland state was inaugurated in a ceremony held on Tuesday in Kismayo, about 500 kilometers south of Mogadishu, Garowe Online reports.

The swearing-in saw 73 new members of parliament (MPs) take their oaths of office.

The parliamentarians placed their right hands on the Holy Quran in groups as they took an oath of allegiance. The oldest lawmaker, Sheikh Abdi Yusuf Ali was elected as Interim speaker for the regional legislative branch.

In his first speech, Ali urged the assembled MPs to discharge their duties in a respectable manner and noted that the future and success of the Federal State depended on them.

The 73-seat parliament is expected to elect a new President later this month in Kismayo with several candidates including the incumbent President Ahmed Madobe running for the presidency in upcoming polls.

Madobe who has been ruling the region since 2013 after winning two elections is facing off with several opposition candidates who announced a contradicting list of 75 new MPs and vowed to hold own presidential election in this month.

As the August 24 election nears, the political temperature in the state is heating up. President Ahmed Madobe began campaigning for his re-election bid despite challenges and attempts to oust him from power.

The electoral commission of Jubaland has pledged free, fair and transparent election shortly before announcing the new lawmakers who were elected by the traditional elders in the Somali Federal State.