Somalia: Jubaland unveils the new MPs who will pick next president 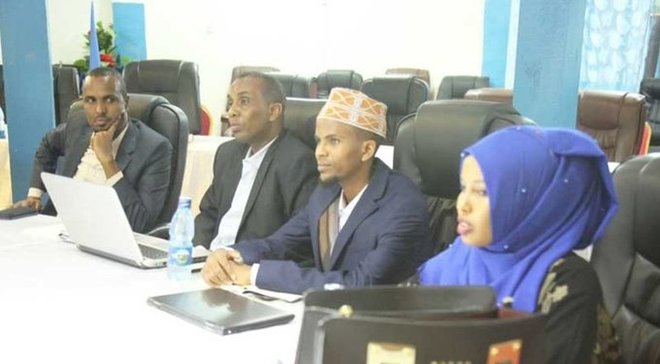 KISMAYO, Somalia – The Electoral commission of Jubaland state of Somalia has announced the list of new lawmakers on Monday ahead of the much-anticipated presidential election, Garowe Online reports.

In a statement, the polls agency said the new MPs consisting of 73 members have been selected by clan elders who worked hard on the process for 20 days to submit their representatives in the next assembly.

The announcement of the regional legislators paves the way for forming the second Jubaland parliament and the selection was based on the current clan power-sharing system in Somalia, known as [4.5].

The move comes amid calls for a free, free and transparent election by Somalia's International partners, according to a letter dated August 8 that was sent to Jubaland electoral body.

The southern Somali State is set to hold its presidential election by the end of this month with several candidates, including the incumbent president Ahmed Madobe who is running for a third term in office.

Madobe faces this year a doctrinaire competition from rival contenders, some said to be backing by the Federal Government of Somalia in Mogadishu, which is current at loggerheads with the sitting state's two-time president.

Mogadishu declared this week it will not recognize the result of the election until the traditional elders who are selecting the members of the new parliament are registered with Somalia’s Interior ministry.

The Federal state has rejected the instructions and said the Federal Government has nothing to do with the management of its elections and reiterated calls for halt the meddling in the region’s internal affairs.

Madobe, who hopes to secure his re-election bid, urged the rival candidates to utterly avoid incitement of political uproar in Jubaland that could imperil the hard-earned peace and stability for the past years.

Jubaland held its first election in May 2013, a year after the port city of Kismayo was liberated from Al-Shabab by forces loyal to Ahmed Madobe, the then-president with the support of the Kenyan military.