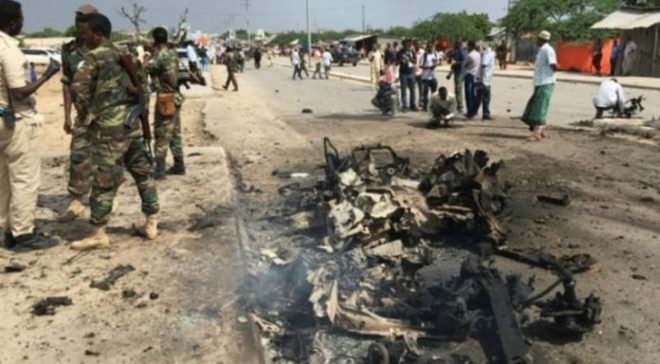 BALAD, Somalia - At least six civilians were killed, and several wounded after a roadside bomb ripped through a minibus carrying passengers in southern Somalia on Sunday, Garowe Online reports.

The vehicle has left Afgoye, in Lower Shabelle region, about 30Km northwest of Mogadishu, and was en route to Bal'ad before the deadly roadside explosion that killed six civilians, including two women.

A number of other people have been injured by the Improvised explosives device (IED) on the minibus and were taken to a hospital in Bal'ad for treatment. No group has yet claimed credit for the attack.

The district lies some 36 kilometers northeast of the capital.