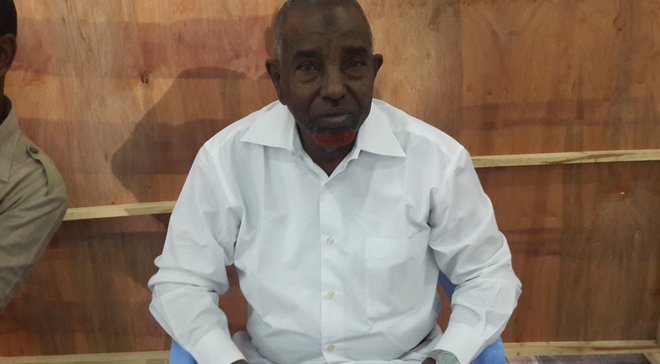 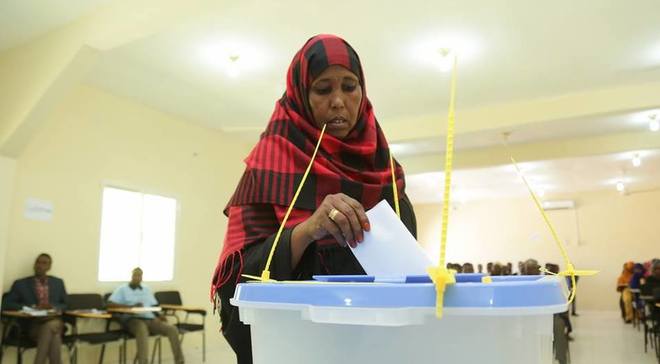 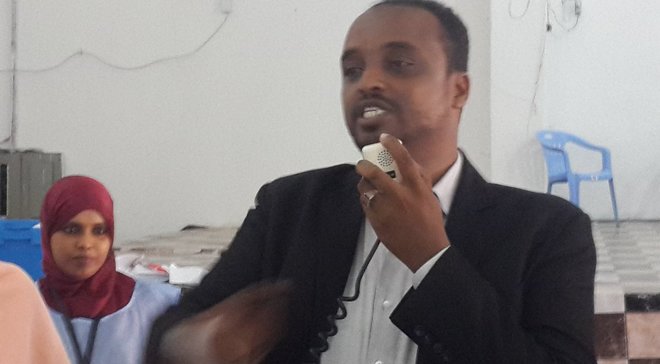 MOGADISHU, Somalia- The ballots to elect parliamentarians representing Somaliland community in the upcoming Lower House chamber has recommenced on Monday in the Somali capital of Mogadishu, following suspension for days by the Federal electoral body, Garowe Online reports.

However, FIEIT stated that six seats including one exclusively allocated for women candidates will be contested in today's election which kicked off at the Police Transport headquarters in Mogadishu.

Fadumo Ismail has been announced the first winner in today’s ballots after defeating her rival opponents, Hafsa Ahmed and Naima Sulayman with majority 47 votes, according to the voting result. Fadumo Ismail, a businesswoman has won the parliamentary seat for Sa'ad Yonis clan in the Lower House chamber.

Osman Elmi Boqore, a former MP and Deputy Speaker has been elected as Lower House MP, after winning with a narrow margin of 25 votes against his rival candidates. The third seat was triumphed by Ismail Abdirahman Bashir from Sa’ad Yonis clan after winning majority 33 votes.

The Lower House election for parliamentarians hailing from northern Somalia in Mogadishu is the final phase of the parliamentary election in Somalia before the forthcoming presidential election.

All federal state members have concluded the polling process on last week.

The election will see a total of 329-seats of Federal Parliament, consisting of both Lower and Upper Houses, who will vote for Somalia’s next Parliament Speakers and Somali President in polls in the coming weeks.