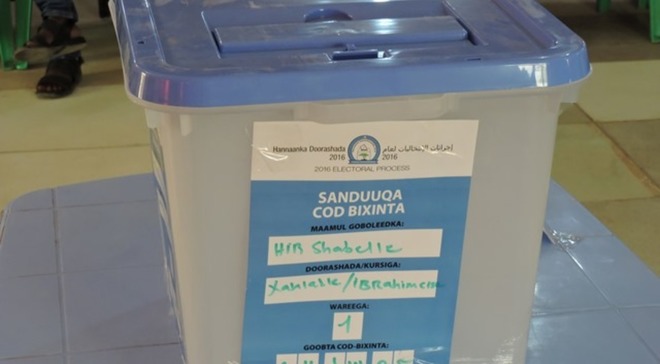 JOWHAR, Somalia - The electoral commission of Hirshabelle state has announced on Tuesday the resumption of the lower election following five days suspension of the polls, Garowe Online reports.

The suspension of the election came following violence in the voting hall caused by the security guards of the outgoing Somali minister for Youth and Sports Mohamed Abdullah Hussein Nuh in Jowhar last Friday.

Consequently, Somalia’s Federal electoral body suspended the electoral process till the security measures are set in place in all voting centers in Jowhar town.

However, UN special envoy for Somalia Micheal Keating, AU Ambassador, Francisco Madeira and Somali government officials were reported to have intervened in the situation to negotiate a settlement in the electoral dispute between clans in Hirshabelle state to ease the suspension of the parliamentary election.

The election resumed in Jowhar town, as the Burundian contingent serving with the African Union Mission in Somalia (AMISOM) took over the security responsibility of the election halls in Jowhar.

Pundits said corruption, intimidation, vote-buying, substitute of the names of the legitimate clan candidates were widely reported in the parliamentary election across the country.