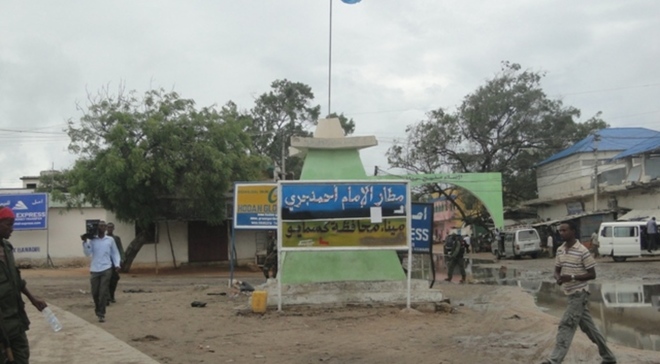 KIMSYAO, Somalia- At least three people were reported to have been killed, and over a dozen were wounded in a powerful blast in the southern port city of Kismayo on Monday, Garowe Online reports.

A senior Jubbaland security officials has confirmed to GO that a grenade bomb was tossed at the town's Police station, killing three, and injuring twenty more others, among them Policemen and civilians.

In the aftermath of the explosion, Security forces have sealed off the scene near the Police post as ambulances rushed the wounded to the hospital for medical treatment, according to eyewitnesses.

The sound of the blast which took place at the back site the station was heard across the city. The assailants managed to have escaped from the area before the arrival of the Security personnel.

No group has yet claimed responsibility for the bomb attack in the seaside town, which lies about 500Km south of Somali capital Mogadishu, but, Police blamed Al Shabaab for the deadly bombing.