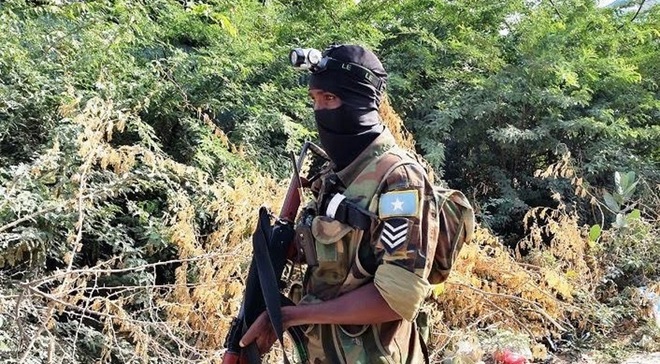 A military official told state-owned media that Mohamed Abu Abdalla, the Al-Shabab's deputy commander for Lower Shabelle region died in an operation carried out near Awdhegle town, some 60Km south of Mogadishu.

The slain militant commander was involved in a plot to attack Somali military bases in the region, said the official, speaking on condition of anonymity. Several militants were wounded, some critically in the raid, he added.

The anonymous official didn't reveal if there were casualties on the national army forces who stepped up their fight against the Al Qaeda-linked Al-Shabab which stages frequent attacks in the Horn of Africa nation.

The insurgents have waged numerous attacks in Mogadishu as they bid to topple Somalia’s Western-backed Federal government and drive out African Union peacekeeping troops [AMISOM].

The region has been a spotlight of U.S. airstrikes against Al Shabaab in recent months as Trump administration intensifies a campaign to defeat the Islamic extremist groups in the country.