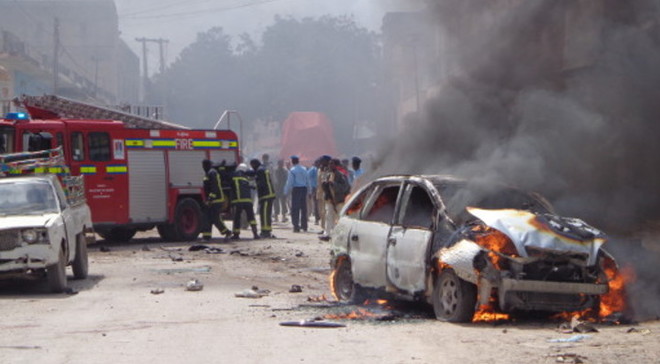 Thunderous explosion could be heard after a suicide bomber in car packed full of explosive hit the official’s luxury car at Afarta-Jardino junction, sources said.

Security forces cordoned off the roads leading to the blast site by pushing ahead with search operations.

Nobody claimed credit for the car bomb attack but as has been the case beleaguered Al Shabaab group targets government officials and foreigners in suicide bombings, planned assassinations and military-style ambushes.

The attack marks the second as car bomb claimed at killed nearly a dozen at a café popular with youth and Diasporans over the weekend after days of relative calm.