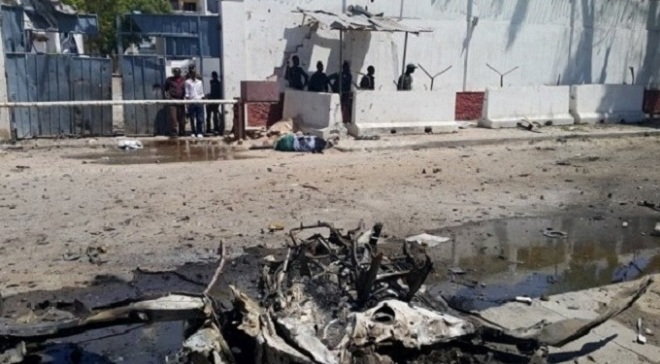 MOGADISHU, Somalia - At least one person was confirmed wounded on Wednesday, Nov 8 in a car bombing in Somalia's capital Mogadishu, Garowe Online reports.

The powerful blast took place around the headquarters of Somali Immigration department located on the busy Makka Al Mukarama street in the heart of the capital, according to the eye-witnesses.

The Government security officials said one person has been seriously injured when a bomb attached to his car exploded on the road while heading to work. He was taken to a hospital right away for treatment.

The culprits are yet to be identified, they said. Police cordoned off the scene near the Immigration HQ following the explosion, but no arrest was reported. It remains unclear who is working for the man targeted in the blast.

There was no immediate claim of responsibility for today's car bomb, although similar attacks have been carried out in the past by Al Shabaab, including Oct 14 truck bombing at Km5 junction, which left more than 400 people dead.