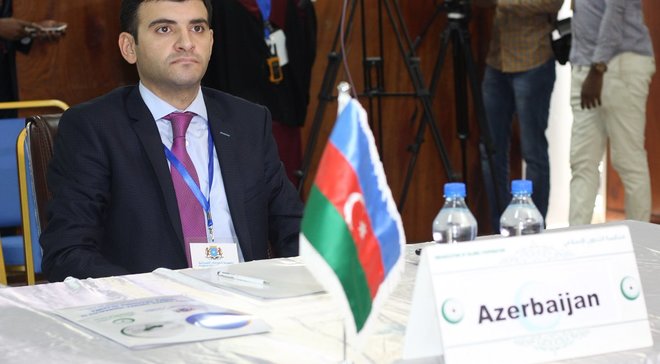 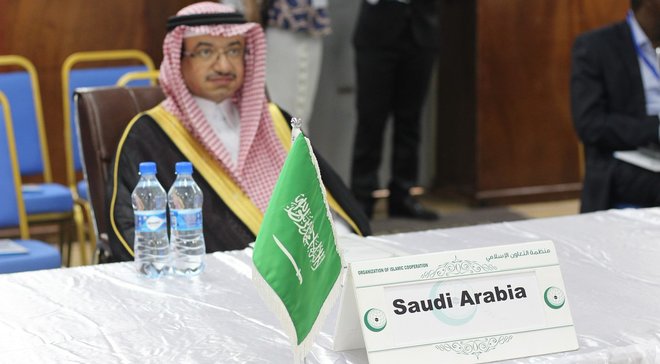 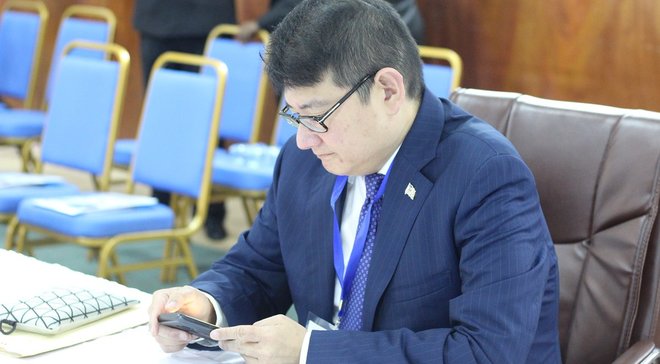 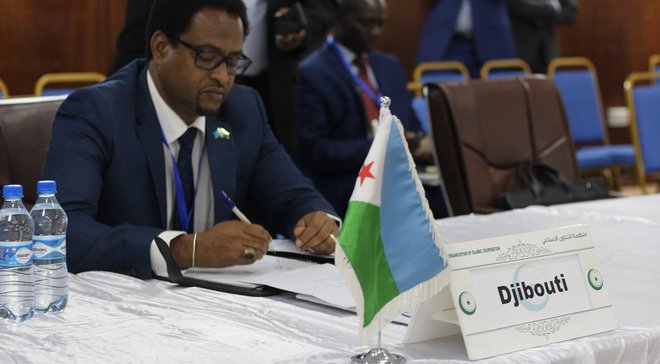 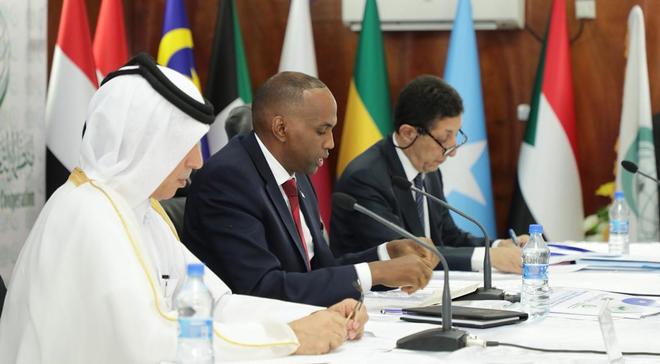 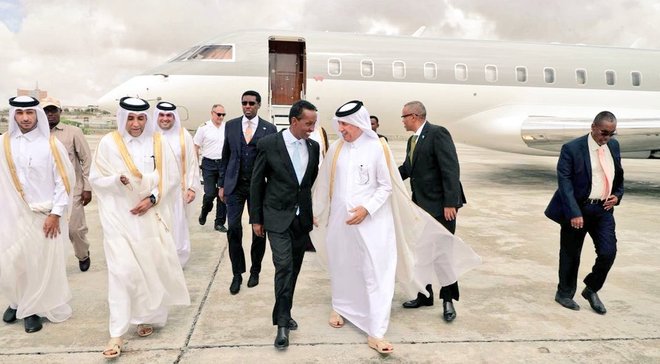 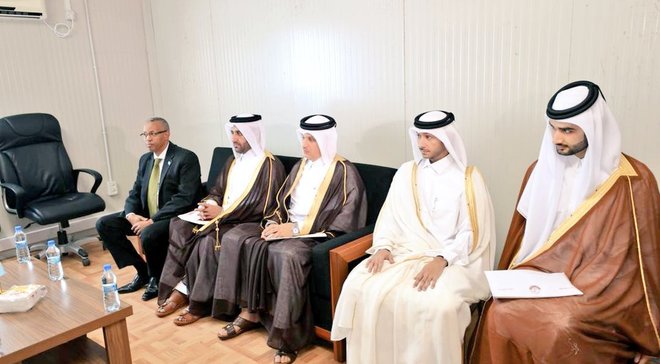 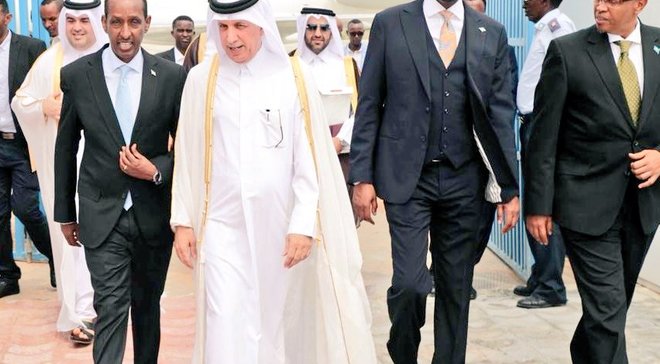 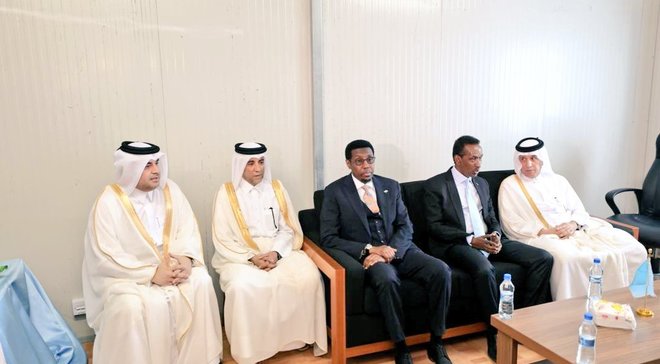 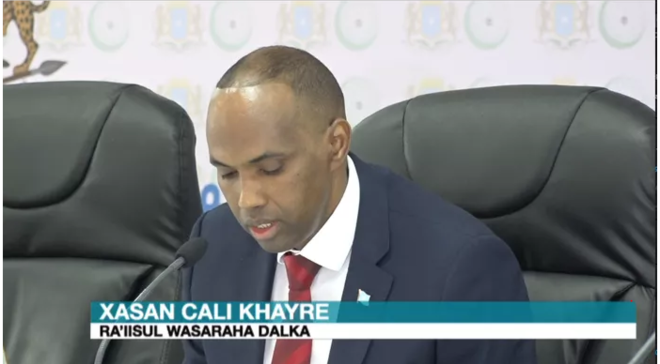 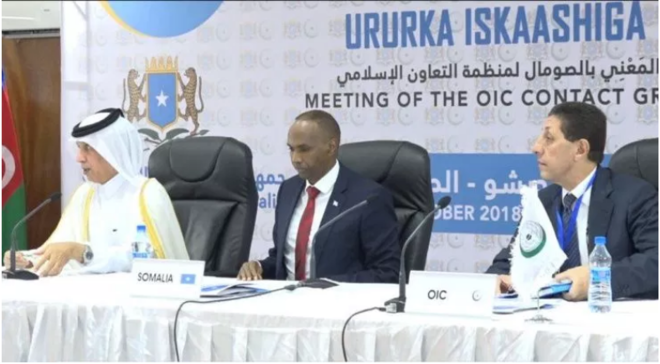 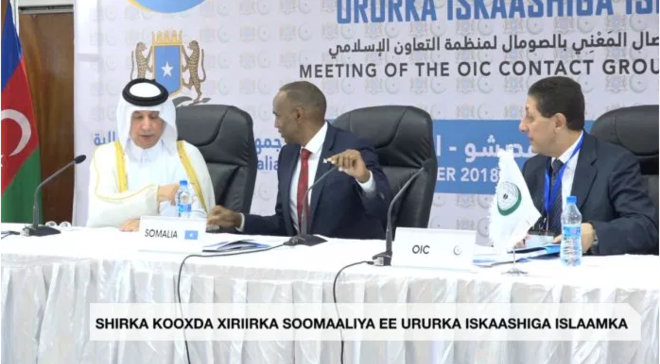 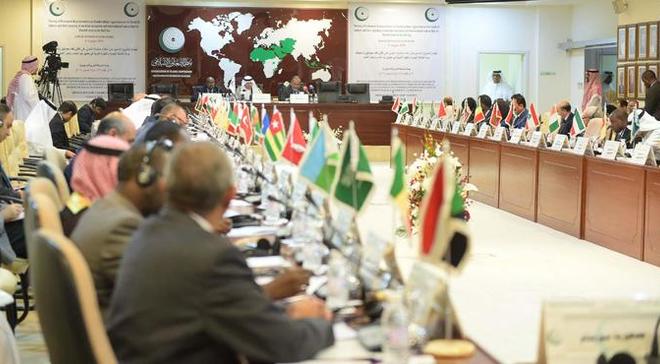 MOGADISHU, Somalia - Somalia has for the first time hosted a ministerial meeting of the Organization of Islamic Cooperation (OIC) as the country on the path for recovery after decades of conflict, Garowe Online reports.

The Prime Minister of the Federal government of Somalia, Hassan Ali Khaire has opened the high-level meeting of the OIC Contact Group on Somalia at the AU military base in Halane, next to the capital's Aden Adde Airport.

"We have all ingredients for success, what we lack is a champion to change the narratives.... our brothers in the OIC can take the lead here, and challenge the world to begin to engage with the New Somalia under new terms," said PM Khaire during his opening remarks.

Somalia’s prime minister has called on multilateral lenders to accelerate the debt-forgiveness process so that the country can access funds to fight terrorism and its underlying causes.

Somalia owes around $4bn, most of it interest and penalties on nearly three-decades-old loans made to the former military government which was overthrown in 1991 by warlords.

The current Federal government in Mogadishu says it is working with the World Bank and the International Monetary Fund (IMF) to "meet its obligations" and increase funding for its national security program.

The meeting focused on ways to muscle support to Somalia for long-lasting peace and stability in the war-torn country which is currently facing complex immediate and long-term challenges, including Al-Shabab threat.

Despite being beset by two-decade-long conflict, Somalia maintained its OIC position as one of the founding member of the Muslim countries' bloc established in 1969.

The seaside city has been placed under heavy lockdown on Saturday morning with hundreds of additional security forces deployed on the major roads closed ahead of the summit which lasted for few hours.

The meeting comes amid a political crisis in the country after the Federal Member States suspend relations with the central government last month, citing a lack of political and security progress in the Horn of Africa nation.