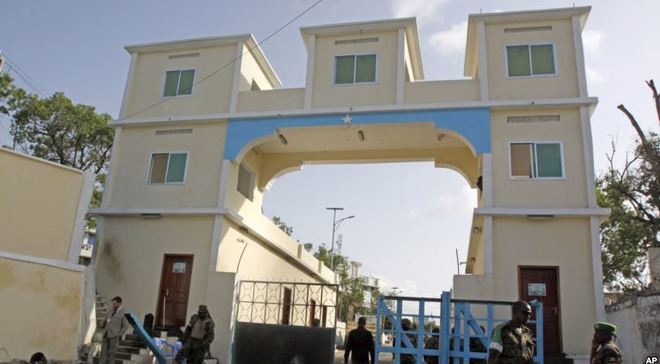 MOGADISHU, Somalia - At least three civilians, including two children are confirmed to have been killed in mortar shells targeting presidential palace in Mogadishu on Thursday, Garowe Online reports.

According to the Police and witnesses, five mortar rounds have landed around Villa Somalia, the main government complex in the capital, which houses offices of the President and Prime Minster.

The attack was targeted the palace as the newly-elected President Mohamed Abdullahi Farmajo was taking over power from his predecessor Hassan Sheikh Mohamed who lost re-election in February 8 poll.

"There was a mortar attack near the presidential palace, but several of the rounds struck civilian neighbourhoods, killing people, among them two young children"  Police officer Abdirahman Siyad said.

No group has claimed responsibility for the shelling but Al-Qaida-affiliated Al-Shabaab extremists have carried out a raft of similar attacks in the past months.

The new President assumed power amid daunting tasks to enforce security in the capital that witnessed series of attacks by the militant group.