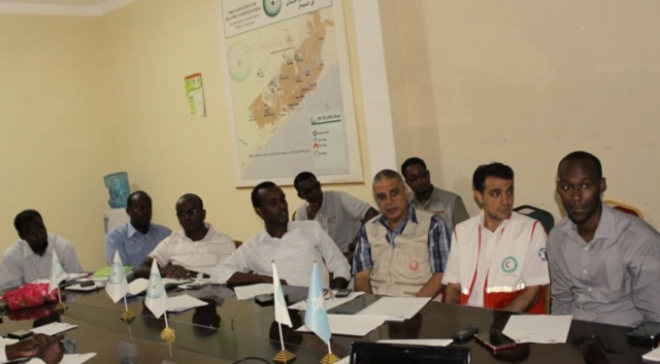 Federal Government of Somalia’s Ministry of Health and Organization of Islamic Cooperation (OIC) officials Friday met over tight surveillance and preventive measures against spillover of Ebola virus into the war-ravaged horn of Africa nation and the establishment of Quarantine centers.

Meanwhile, addressing reporters in Puntland capital of Garowe the Director-General of Puntland’s Ministry of Health Dr. Abdirizak Hirsi Hassan declared that a national commission on Ebola will be set up by Puntland and Somalia Federal Government.

Hassan added, after series of requests lodged with World Health Organization (WHO the international body would help the Federal Government and Puntland form mobile health centers at key entries including airports, seaports and border towns.

“Among the symptoms of Ebola are fever, rashes, cough and weight loss,” said the Director-General of Puntland’s Ministry of Health.