Somalia: Planning Minister pays cash to MP to leave his seat for him 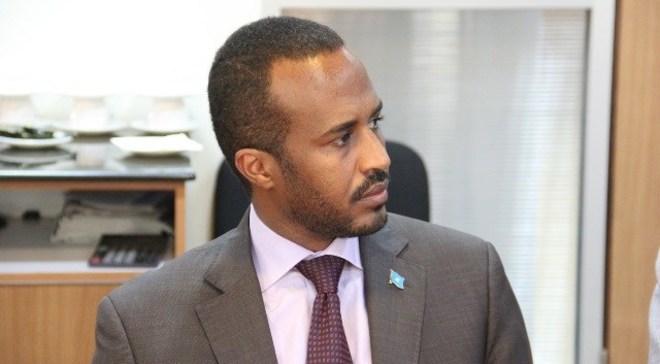 MOGADISHU, Somalia - Somalia's National Independent Electoral Commission (NIEC) has announced Thursday it will hold a by-election soon to fill a vacant seat in the lower house of the Federal Parliament, Garowe Online reports.

The seat fell vacant after Dhahar Ali Farah hailing from Sanag region of Puntland state quit lately to pave the way for his clansman, Gamal Mohamed Hassan, the Minister of Planning to join the Parliament.

The insiders revealed that the Minister agreed to pay an unspecified amount of cash in exchange for the parliamentary seat. NIEC notifies potential candidates to register in 7 days, starting from 22nd September 2018.

As per the constitution, 51 electoral delegates will take part in the election exercise.

Hassan, a close ally to Somali Prime Hassan Ali Khaire represents his Dubeys Sub-clan which belongs to Warsangeli tribe whose chief elder was reported to have been in Mogadishu for the last days for the facilitation of Hassan's bid for the parliamentary seat.

Farmajo, according to the reports has made pledges to Farah, the immediate former lawmaker as he promised to pay the money he wanted in the deal and a position in Somalia's embassy in Djibouti.

The executive branch of the Federal Government of Somalia has been busy expanding influence in the parliament, especially the 275-member Lower House chamber since it came to office in March 2017.

The PM has picked 74% of his cabinet from the House of the People, in what many believe has reduced accountability and the separation of powers, particularly the legislative and executive branches.

Somalia’s lack of governance is just one of the many reasons the East African nation has for the past decade been ranked as the most corrupt in the world, according to Transparency International report.

Years of efforts to establish an anti-corruption commission by the past successive Somali governments to deter and eliminate graft have not yielded any success due to lack of commitment by the leaders.

Despite Al-Shabaab presence in swathes of territory and insecurity, Somalia is preparing to hold a multiparty universal election in 2020, with current leaders working on a much-invested plan for a second term in office.