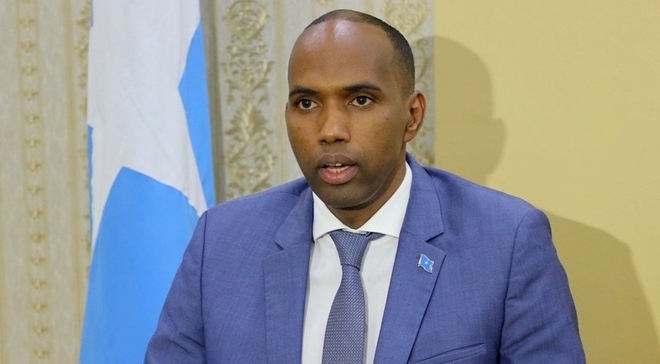 MOGADISHU, Somalia - The Prime Minister of the Federal government of Somalia, Hassan Ali Khaire has banned his cabinet Ministers from using the Social Media for sensitive issues, Garowe Online reports.

The Ministers were informed not to speak about the government politics, mainly the sensitive issues to the Media, including Televisions, Radio, without having a permit from the office of the Prime Minister.

The new order was announced through a statement by the deputy PM, Mahdi Mohamed Guled.

This came after some Ministers and top government officials have issued conflicting reports over the Friday's Somali-US raid on a farm near Bariire, 40Km west of Mogadishu that killed at least 10 farmers.

Somalia's Foreign Affairs Minister Yusuf Garaad Omar became the most government official using widely the Social Media and has always been talking about political issues and his day-to-day activities.

The government is under fire from public after the Ministers of Information and defence, Abdirahman Omar Osman Yarisow and Abdirashid Abdullahi Mohamed respectively said 8 Al shabaab members were killed in Bariire attack, while President Farmajo condoled deaths in the raid.

The contradictory statements of the top officials of the Federal Government of Somalia, confused the public and the international community, terms of the political issues and information of military operations in the country.

Read below the Statement in Somali: