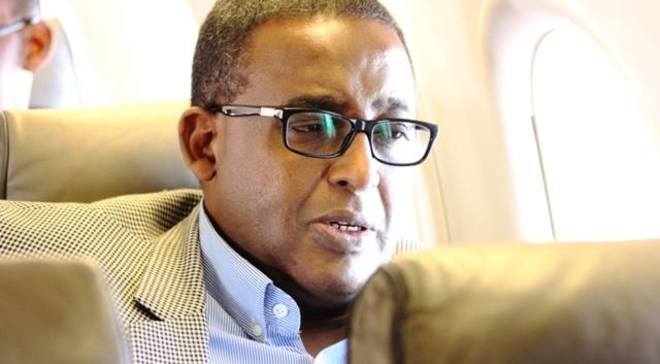 Somali political leaders agreed to an election blueprint earlier on April 4, after the northeastern State of Puntland backed down from its opposition to any model entailing traditional 4.5 power sharing formula.

“We hope to meet the timing deadline if parliament steps in, for it very soon. If the due date is reached for technical reasons, then I don’t think it will bother us… anyways what matters is for us to catch up with election benchmarks without more time being lost,” said Prime Minister Sharmarke.

“It is true that I have raised extending parliamentary and government mandate for two months with parliament speaker. We are fully determined to holding elections in 2016, so that we can avoid a lag.” Somali Prime Minister expressed his optimism about national election bill to be passed by the 275-seat-chamber of national assembly.

The remarks come as western donors continue to press Somali political leaders on the due date of constitutional mandate.

Over a week ago, UN envoy to Somalia Ambassador Michele Keating told the 15-member Security Council that electoral process remains vulnerable to spoilers, adding: “I welcome the continued commitment by Somali leaders, in line with this Council’s expectations, that there will be no extension of constitutionally mandated term limits.”

Somali President Hassan Sheikh Mohamud is seeking second term in office under a modality, Keating called “a midway point between the election of 2012, when only 135 electors selected 275 Members of Parliament and 2020, when all Somalis will have a say.”