Somalia president jets off to Saudi for emergency summit 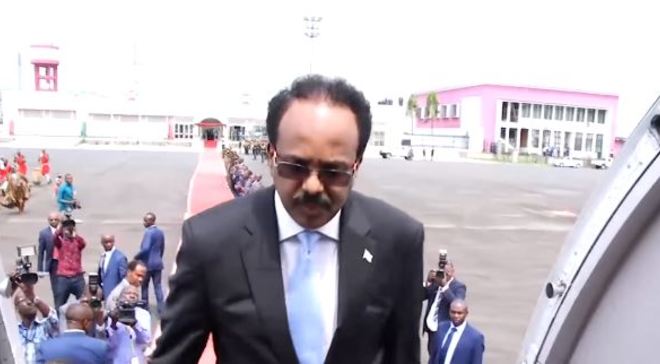 President Farmajo accompanied by ministers and high-ranking government officials will attend two emergency Arab summits being convened in the Saudi city of Mecca Tomorrow, on May 30.

Somali president is among Arab League heads of state who received an invitation from the Saudi king Salman Bin Abdulaziz to the Mecca meeting which comes amid diplomatic rift between the GCC nations.

Earlier this month, King Salman had proposed holding two summits in Mecca at the end of May to discuss recent "aggressions and their consequences" in the region, according to the Saudi Press Agency.

The announcement followed drone attacks on oil installations in the kingdom and attacks on four vessels, including two Saudi oil tankers, off the coast of the UAE.