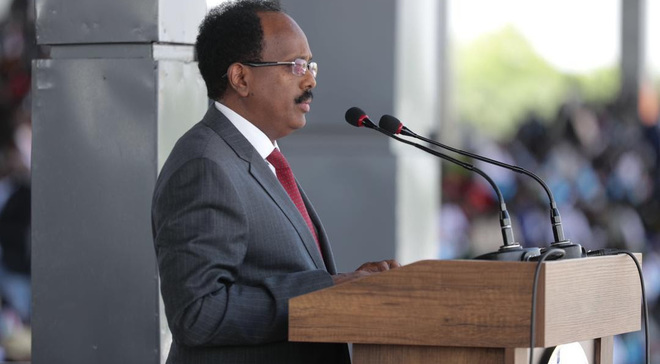 Speaking to the Somali community in Juba on Wednesday night, President Farmajo said the regional State leaders lack federal system understanding and how it works amid a clash over foreign policy representation.

During his address, Farmajo stated that the presidents of the country's Federal States continue to meddle with some responsibilities of his UN-backed Federal Government in Mogadishu, especially the foreign policy.

"The Federal States in the country are obliged to fulfill public service duties, including education, healthcare, and care for the people in their areas, that is how the federal governments in the world operate," he said.

The President underlined that the heads of the states eager to pay for overseas trips, sit down with world leaders, foreign firms and strike deals on national resources, which is the mandate of his government.

The regions' bid sparked standoff as both sides at loggerheads over resource sharing, Security architecture, the review process of the provisional constitution, donors' financial aid to Somalia and among others.

The president's remarks come amid efforts by Somali Senate and foreign diplomats, including the United Nations and AU envoys to try to find a durable solution for the ongoing political tussle in the country.

Nicholas Haysom, United Nations Secretary-General's Special Representative for Somalia has on Wednesday warned that the stand-off between the Federal Member States and the Federal Government may well paralyze our efforts to help the country get back on its feet.