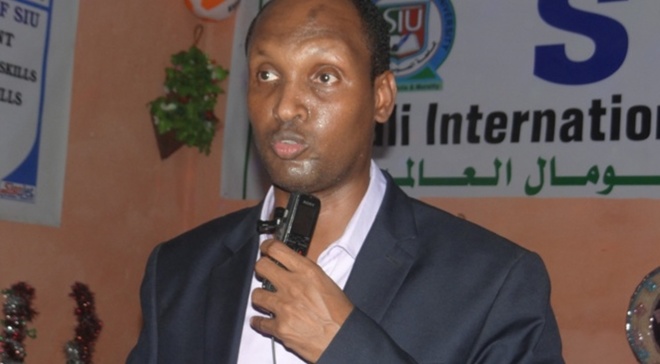 MOGADISHU, Somalia- The Prime Minister of Somali Federal government was reported to have appointed ex-Permanent Secretary of the Interior Ministry as an advisor, Garowe Online reports.

Yahye Ali Ibrahim who was recently sacked from his previous post at the Interior Ministry by the Minister, Abdi Farah Saed “Juha", was appointed as special advisor on the Interior Affairs and reconciliation at the Prime Minister office.

At the previous post, Ibrahim was accused of defying his superiors, power abuse, lack of cooperation and sabotaging the Ministry’s day to day activities, and was replaced by new Permanent Secretary Abdullahi Mohamoud Hassan.

Appointing Ibrahim to the new post caused a rift between the Prime Minister office and Minister of Interior, added the source.

“The new appointment is similar to transferring the duties of the Interior Ministry to the Prime Minister office,” said an official within the Ministry to GO.

It is not clear the reason for the PM Khayre to appoint Ibrahim for the post, but reliable sources indicated that relation between PM and Minister Juha got worsen following his visit to Puntland.

“This comes due to PM Khayre’s fears towards Minister Juha’s view on Federalism, national reconciliation and election,” said the source.

Another source revealed that Somali President Mohamed Abdulahi Mohamed “Farmajo”, has opposed Prime Minister’s proposal to do minor reshuffle on his cabinet ministers.

Prime Minister’s decision to reshuffle his cabinet is believed to be aimed to persuade Federal lawmakers against tabling a motion to withdraw confidence from his government.