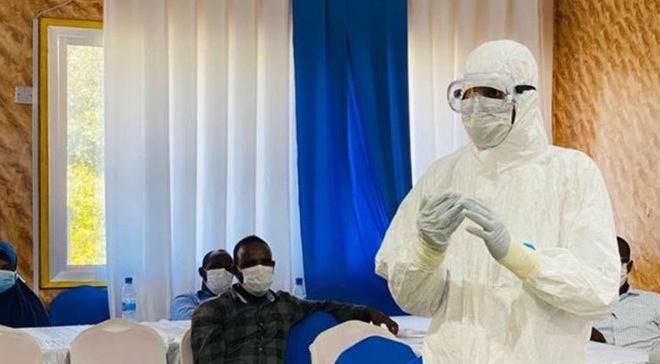 In a statement, Dr. Fawziya said four more people tested positive for Coronavirus upon multiple screening, taking the total number of infections to a record twelve within just a month.

Two of the latest victims, she said, are officials within the health department, adding that all the four new cases are locally transmitted, a move which could further raise questions about the country's preparedness.

"We confirmed four positive cases for COVID-19 today. Two of the victims are officials of the health ministry. We have further established that all the four cases were locally transmitted," said the minister.

Of the 12 cases for COVID-19, two were reported by the breakaway Somaliland state, which declared self-independence in 1991 from Somalia, but yet to get recognition from the United Nations.

Already, one individual, who was among the first people to be diagnosed with the virus, recovered last week after three more tests indicated no new traces of COVID-19 infections.

But Dr. Fawziya also announced the first death for the virus, meaning that there are only ten people now within active Coronavirus cases when you exclude one dead and one recovered.

"We have unfortunately recorded one death. This is quite unprecedented but we are doing everything within our reach to help those infected to recover," she added without divulging into further details.

Multiple sources confirmed that the deceased is a 58-year-old man without travel history who lived in Mogadishu. He was the eighth person to test positive recently after several tests in the country.

This comes amid reports of high deaths of Somali-Britons in the United Kingdom, who have succumbed to the disease. Notable among them are musician Ahmed Ismail Hussein, who died on Wednesday and former PM Nur Adde.

As a stringent measure to curb the spread of the disease, Somalia has among others, suspended all flights, called off learning activities besides calling for the implementation of basics such as social distancing and washing hands, officials said.

Mass public gatherings and meetings at mosques have been also banned, with semi-autonomous Puntland state declaring a dusk-to-dawn curfew as a measure to prevent the spread of the virus.

Statistics from St. John Hopkins University indicate that by Wednesday, over 1.5 million people had tested positive for the virus. Of the victims, 300,000 have recovered while 83,000 have since died.

Italy, the United States of America, Spain, and China are worst hit by the virus. The pandemic has grounded most economic activities across the globe, leading to mass job losses, Reuters reported.

Donald Trump, the divisive US president, on Tuesday hit at World Health Organization [WHO], accusing it of "misleading" the country on the preparedness to fight the disease.