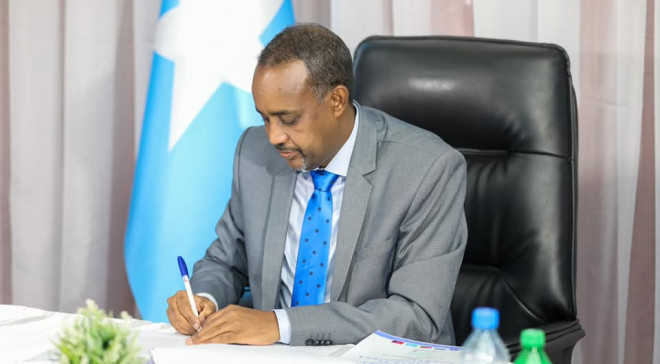 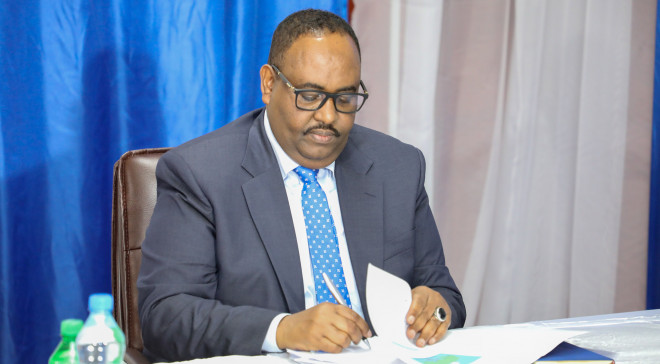 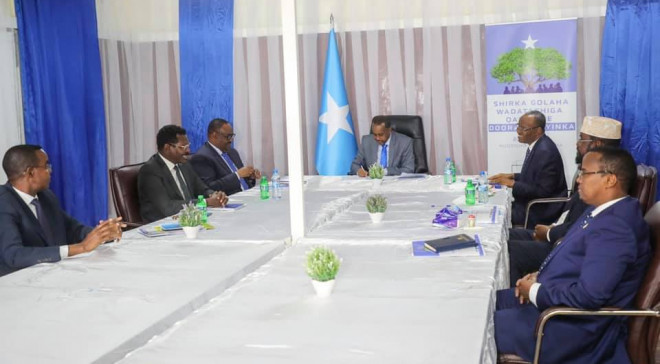 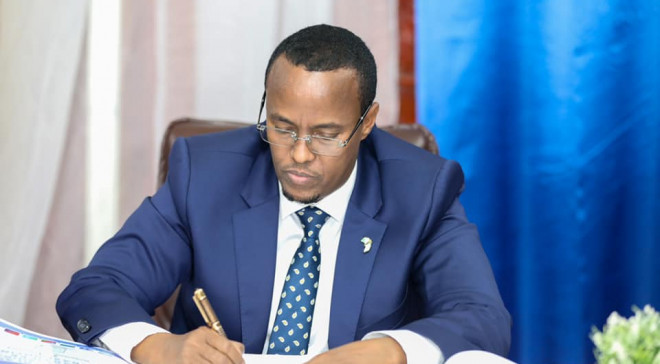 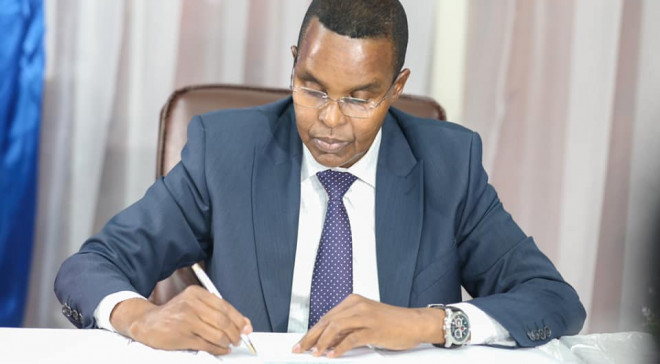 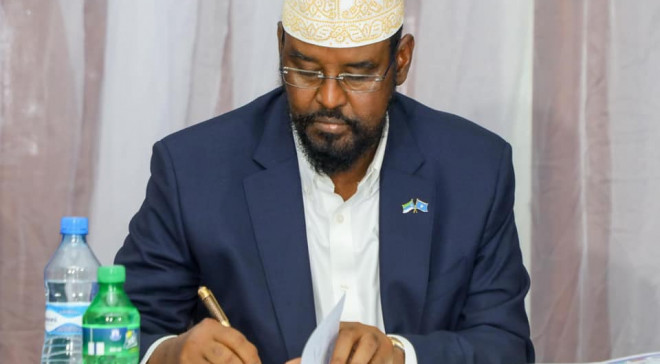 MOGADISHU, Somalia - The federal government of Somalia has reached an agreement with the political stakeholders on the upcoming Lower House election, which would be critical in the much anticipated presidential elections later on this year.

Along with senators, members of the Lower House will vote to elect the president of the federal republic on October 10. There are 54 senators and 275 MPs, who take part in presidential polls under the current system which paves way for indirect polls.

The procedure signed by Somali PM Mohamed Hussein Roble, the leaders of the five Federal States and the mayor of Mogadishu Omar Filish on Sunday indicates that 101 electoral delegates will be selected by the elders registered at the regional level and civil society members chosen by regional-level election committees. The clan delegates will elect the Lower House MPs.

Although the purpose of this meeting was to set up the procedures for the Lower House members' election - according to OPM - it also discussed is how to conduct the Upper House elections in Somaliland which is an unresolved dispute between Deputy PM Mahdi Guled and Abdi Hashi.

Prime Minister Roble and his deputy, and outgoing Senate Speaker Abdi Hashi will select the candidates. Forty-six elders and other community members will choose between the candidates, in what could effectively end the squabbles.

Despite claiming to have seceded from the south in 1991, Somaliland has a representation in the federal parliament, in elections which are normally conducted in Mogadishu instead of the north.

Roble welcomed the election of the leadership of one of the rival sides of the Somaliland poll body, resulting in parallel chairmen. Both Guled and Hashi have been wrangling over the control of the region.

Even though the teams have agreed on the process of electing Lower House members, some states are yet to conclude senatorial elections, thus jeopardizing the elections calendar. Only Puntland and Southwest have filled all senatorial seats.

Wadajir Party leader Abdirahman Abdishakur Warsame who is a presidential candidate, however, believes the Lower House procedures should not require ballot boxes, arguing that the recent senatorial elections proved that there was no need for polls in the country.

"A friend of mine who is an official from the international community told me that the ballot boxes they donated to Somalia have gone to waste since no voting took place in Senate election. I don't expect the protocols that were signed today will require ballot boxes," he argued.

The leaders didn't announce the date of the long-awaited Lower House election in their communique issued on Sunday following two-day talks in the capital, Mogadishu.