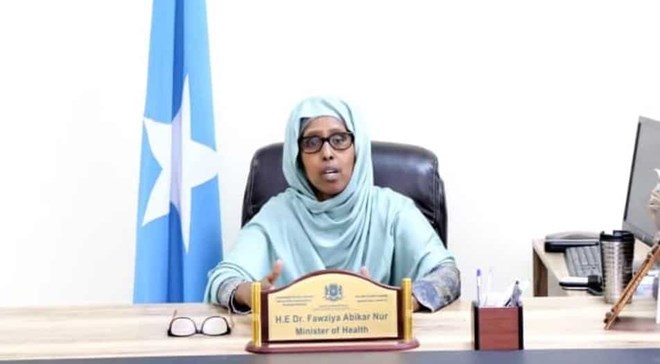 MOGADISHU, Somalia - At least 20 medical doctors will be dispatched by the Somalia government to Italy, a top official said, as Rome battles the deadly Coronavirus, which has left thousands dead.

Ismail Mukhtaar, a government spokesman, told the media that the medics are volunteers from Somali National University in the capital, Mogadishu.

The team will link up with Cuban revolutionary doctors and Communist medics from China, who are already in Italy, the European nation which has borne the brunt of the virus.

"Twenty volunteer doctors from National University in Mogadishu are registered at Italy's Embassy and will go to Italy to help the country's fight against coronavirus," he said, without giving many details.

By Friday, the death toll had surpassed 9,000 in Italy with infections also reaching over 80,000. Only the US, which seems to be the next epicenter of the COVID-19 virus has the highest number of infections, Reuters reported.

The team of Somali medics is being sent as part of the emergency response team following the call for help by the Italian government, and is now waiting for the charter flight to Rome, Mukhtaar added.

Data shared by the World Health Organization [WHO] showed that the total infections had slightly surpassed half a million, with the death toll reaching 25,000 across the world.

But in what could be an interesting development to scientists and researchers, over 135,000 people globally had recovered from the virus, which was first reported in Wuhan city in China, officials said.

Streets have been abandoned in Italy for the past couple of days, as the army and security officers try to enforce lockdown to avert further spread of the virus, which has been declared a pandemic by WHO.

In Somalia, the Horn of Africa nation reported it's the third positive case on Friday, with the latest victim being a staff from the UN working within the Halane Basecamp in Mogadishu.

Medical equipment including protective gears and face masks have been dispatched across the country, with Puntland and Somaliland receiving some on Friday, officials said.

Most of them were donated by the Chinese billionaire philanthropist Jack Ma, who channeled the donations through Ethiopian Prime Minister Dr. Abiy Ahmed last week.

The UN mission in Somalia said, "it takes the global COVID-19 pandemic seriously and, over the past weeks, has prepared to operate, medical and support procedures for the possibility of such an incident occurring".

In a statement issued on Friday after its staff tested positive, the UN added, "Our priorities are the care of the contractor and to prevent the further spread of the virus".

The UN, through the local office of the World Health Organization (WHO), has been working with the Somali authorities to prepare the country’s health systems to contain and mitigate any outbreak of the pandemic in Somalia.