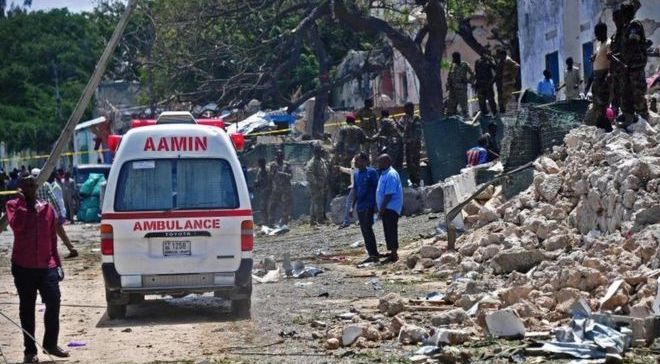 The blast occurred in Villa Baidoa, military command control HQ near Zoobe [KM5], a busy junction in the heart of the capital, where a truck bomb killed at least 512 people on 14th October and injured 295 others.

The car bomb went off moments after the army officer identified as General Abdiweli has stepped out of his car in the heavily fortified compound, no casualties reported as a result of the explosion.

No group has yet claimed the responsibility for the blast, which happened hours before a high-level meeting on the security kicked off in Halane, the biggest AMISOM military base adjacent to the Airport.

Somali President has opened the forum aims a comprehensive approach to security in the country, as a follow-up to the London Conference on Somalia, held in May this year.

The leaders of Somalia's Federal Member States, central government, Ambassadors, Representatives from the International Community and partners are participating in the meeting.