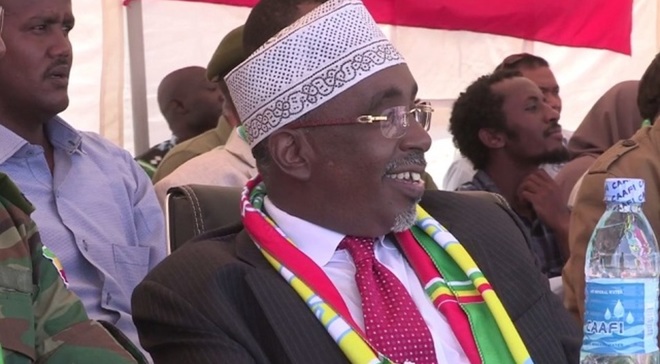 Southwest President has early announced his bid to participate in Somalia’s presidential election but currently will be ineligible as the Speaker of the Federal Parliament has won by Mohamed Osman Jawari, who hails from the same region.

However, close sources in Baydabo tell GO that about 80 state MPs have agreed to table the no-confidence motion against President Adan in the upcoming parliamentary session.

“It’s true, MPs from state assembly are intending to deliberate the motion, prompted by failed policies and poor leadership of President Sharif Hasan,” said a parliamentarian who spoke under a condition of anonymity to GO.

During the elections of Federal Parliament Speakers, Adan is believed to be supporting the candidate Abdirashid Hidig -Jubaland state native MP- for the leadership, which will pave the way for him to win the country’s top posts President or Prime Minister.

On the other hand, Southwest MPs criticized the President for failing to ensure the regional clans to compete for the Presidency in the forthcoming election.

This coincides amid recent political crisis in Galmudug region, as state assembly has voted President Abdikarim Husain Guleed out from office due to poor leadership and long absence from the region.

So far Southwest officials have not released a statement in regard to the no-confidence motion against President Adan, the latest in series of growing opposition against state leaders.