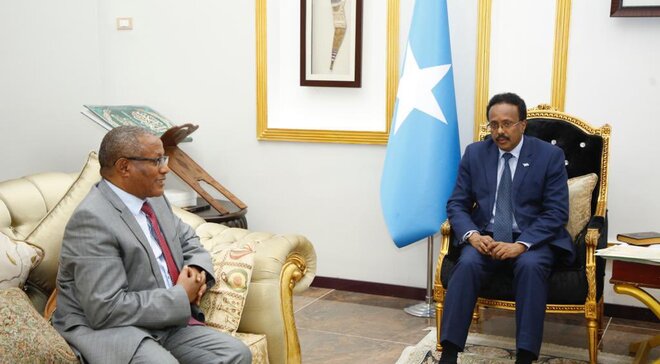 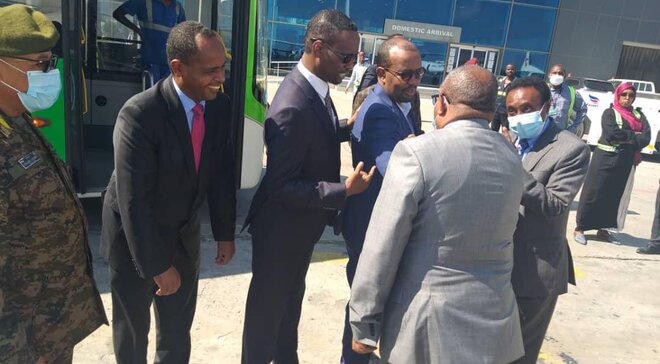 Awad, a veteran diplomat who has been calling shots in the Ministry of Foreign Affairs and even defining the country's foreign policy, was relieved of his duties after disowning a statement from the ministry, which had called for dialogue in Ethiopia's Tigray region.

The minister termed the statement "invalid" despite the fact that Somalia had offered to negotiate. Prime Minister Mohamed Hussein Roble replaced him with Abdrisak Abubakar, but the veteran diplomat has since rejected an offer for an ambassadorial appointment to an unnamed country.

But on Monday, Somalia seemed to have shifted her initial stand on Ethiopia's crisis, with President Mohamed Abdullahi Farmajo reportedly supporting the ongoing military actions within the Tigray region, which has resulted in mass deaths and displacement of people.

"I am delighted to have received, H.E. Gedu Andargacho, our National Security Advisor, here in Mogadishu where he met with President Farmajo and did exchange a great deal of what is taking place in Northern Ethiopia, the law enforcement operation," he said in a statement of Facebook.

"President Farmajo confided to Ato. Gedu his solidarity and support to the ongoing law enforcement operation" added the ambassador, who was part of the team that met Farmajo in Villa Somalia for the meeting.

Ethiopia has been key in the fight against Al-Shabaab in Somalia but there are reports that some non-Amisom troops have left following the Tigray operation. Also, some reports indicate that Tigrayans in AMISOM had their weapons confiscated over "loyalty" issues and have since been confined to the barracks.

But not all actions of Ethiopia in Somalia are in good books with locals especially those in opposition. Addis Ababa has for a long time been accused of helping Farmajo to stamp authority in areas perceived to be hostile to him especially the Jubaland state, where ENDF has been accused of working with Villa Somalia to overthrow Ahmed Islam Mohamed Madobe.