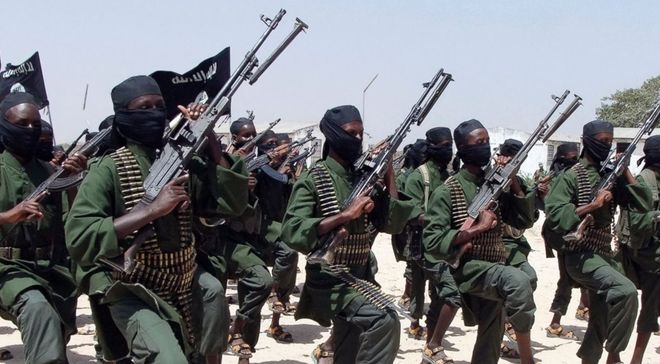 Reports indicate that the raid began with air bombardment targeted a militant camp at Welmarow, about 65 Km away from Jilib, which serves as the biggest al-Shabaab stronghold in Southern Somalia.

After the bombing, ground special forces swooped into the area, and engaged in a fierce minutes-long gunfire with al-Shabaab fighters in the vicinity, according to residents, who spoke to GO over the phone.

The exact casualty figures of the raid on the al-Shabaab base is not yet confirmed.

Sources told GO that the foreign fighter jets dropped leaflets in Jilib town, about an hour before the attack on Welmarow area, warning residents to abandon al-Shabaab bases, for imminent aerial attack.

The militant group al-Shabaab is yet to release a statement on the airstrike targeted their training camp.

U.S. and Kenyan military has stepped up special operations targeting al-Shabaab bastions and its top leaders in south and central Somalia over the past few months.