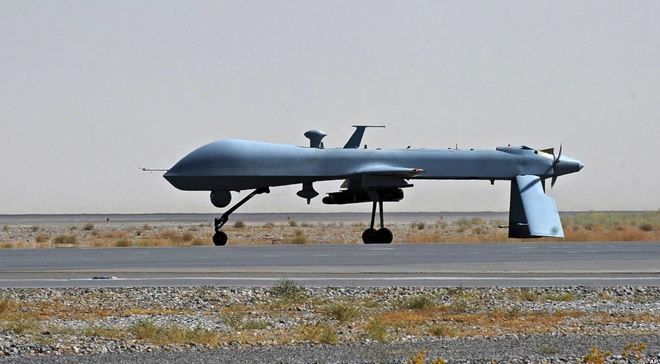 MOGADISHU, Somalia - A suspected U.S. an unmanned surveillance aircraft has crashed on Wednesday into a small village near the Somali capital, Mogadishu, Garowe Online reports.

A witness has confirmed to GO that the Drone went down in an area close to Garasbaley, a small settlement located in Mogadishu's Deynile district, a former hotbed of the militant group Al shabaab.

Somali security forces and dozens of local residents have immediately arrived at the crash site, and  recovered the remains of the surveillance drone. No casualties were reported from the incident.

It's yet unclear which country belongs to the crashed Drone in the outskirts of the capital, but the U.S. military has been using unmanned aircraft to attack or observe the Al-Qaida-linked militants in Somalia.

The cause of the drone crash is still unknown, as the Somali Federal government officials are yet to release any statement, regarding to Wednesday's incident.