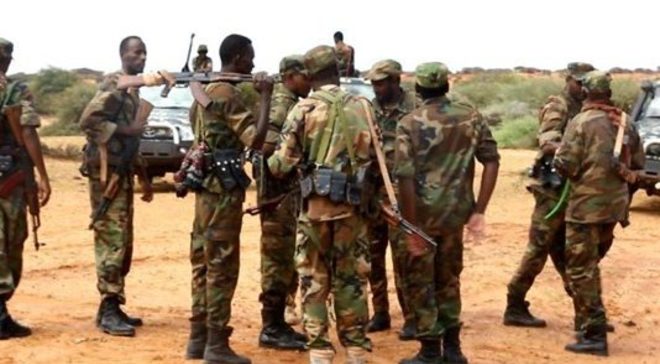 KISMAYO, Somalia - A tense of fighting is running high in Somalia's southern port city of Kismayo following the arrest of an opposition lawmaker who lost his immunity last week, Garowe Online reports.

Heavily armed soldiers blocked the main streets of the city on Sunday morning and halted public transport and people's movement in protest of the detention of Ahmed Abdi Hassan, known as [Ahmed Tajir].

Last week, Jubbaland Security forces arrested the regional MP barely a day after the state parliament has stripped his immunity over alleged motion against the state cabinet.

The mutinous forces cordoned off Fiat prison run by Jubbaland Intelligence Agency in Kismayo, where Ahmed Tajir is currently being held, according to a local security official who spoke to GO on condition of anonymity by phone.

The situation has been deteriorating since the arrest of Hassan last Wednesday. He was accused of proposing an impeachment motion against Jubbaland cabinet and President Ahmed Madobe.