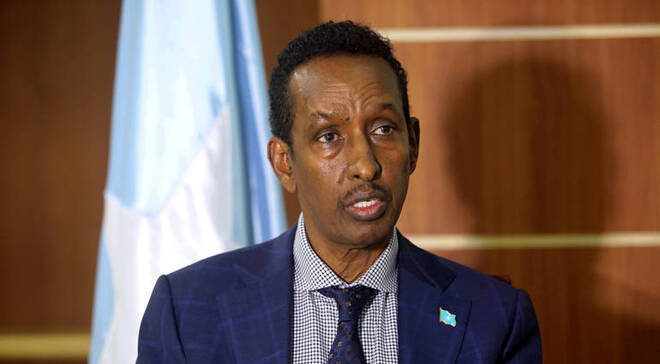 MOGADISHU, Somalia - The Dubai-based freight company has been accused by Somalia of violating the country's sovereignty over its continued operations within secessionist Somaliland, move which could trigger further fallout between Hargeisa and Mogadishu.

DP World, which is among the largest shipping company in the Middle East, has been operating within Berbera, one of the largest seaports in Somaliland and partly in Puntland, rising concerns from the regime of President Mohamed Abdullahi Farmajo.

Ahmed Isse Awad, the Somalia's minister of foreign affairs, told Al-Arabiya TV in a recent interview that Mogadishu had run out of patience with the company, due to its "unauthorized" activities in the country.

Somalia, he added, will defend its sovereignty and rights, but did not specify the actions which the company would face. Throughout Somalia, DP World is responsible for imports and exports, but it's operations are limited to Puntland and Somaliland.

"We feel offended by the DP World due to its continued interference with our interest issues. It's responsible for unity challenges we're having in Somalia and this cannot be tolerated anymore," he told the Saudi Arabia-based station.

He added: "We're run out of patience and this has limits. We shall now defend the country against these blatant violations by DP World just like any other nation can do. It's completely unacceptable and they're aware of these concerns."

He asked the United Arab Emirates [UAE] to chip in and restrain the company from "working hard" to sabotage relations within Somalia, adding that the ongoing activities could plunge the two nations into "unprecedented" diplomatic fallout.

Somalia has struggled to establish a functional government since the ouster of dictator Siad Barre in 1991, which led to the emergence of many factions that are trying to establish legitimate governments in the country.

Although it still depends partly on Mogadishu for sustainability, Puntland has a functional regional government now under the leadership of Said Abdullahi Deni. It controls large swathes of the Indian Ocean coastline thus DP World's interest in the region.

For Somaliland, it has been operating a government since 1991 after declaring self-independence, but it's yet to be recognized by the international community, over three decades later. The region hosts Berbera port, one of the busiest in Somalia.

With the government operating from Hargeisa, Somaliland has been independently engaging other nations for economic-related activities and it's often treated as a country on its own despite the objections from Mogadishu.

Recently, there were efforts by Ethiopian PM Ahmed Abiy to initiate talks between Hargeisa and Mogadishu, but they have dragged on even though Farmajo offered a public apology to the region over "atrocities" perpetrated by previous governments.

The European Union [EU] has been pushing for the revival of the talks, with ambassador Nicolas Berlanga saying recently that the cooperation between the two nations is "urgent and necessary". Farmajo had met Somaliland leader Muse Bihi Abdi in Addis Ababa in February.

UAE remains one of the major partners of Somalia and it's yet to respond to the remarks by the foreign affairs minister. Last month, it's one of the countries that delivered medical supplies to Somalia for the fight against the Coronavirus pandemic.