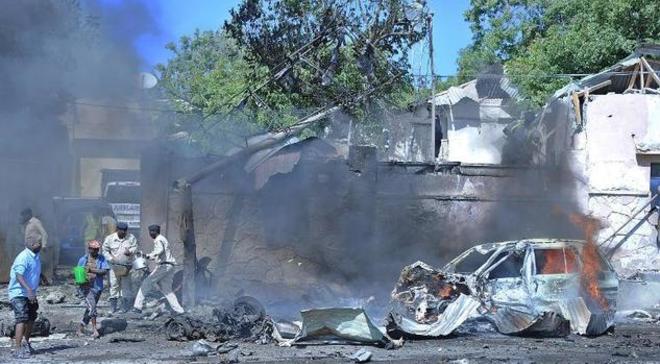 MOGADISHU, Somalia - At least three soldiers are reported to have been wounded after a car bomb explosion outside  UNDP headquarters in Mogadishu on Wednesday morning, Garowe Online reports.

A witness told GO that the attack took place when a bomb fitted into a Toyoto vehicle carrying United Nations security guards went off at a parking lot near UNDP compound near Mogadishu airport.

No group has yet claimed credit for the car bomb, but thr Police said they are probing into the incident and find out the suspects behind Wednesday's attack.

The attack comes two days after a pair of suicide car bombs occurred outside AMISOM's military base near Mogadishu Airport and Peace hotel which left at least 20 people, mostly civilians dead.