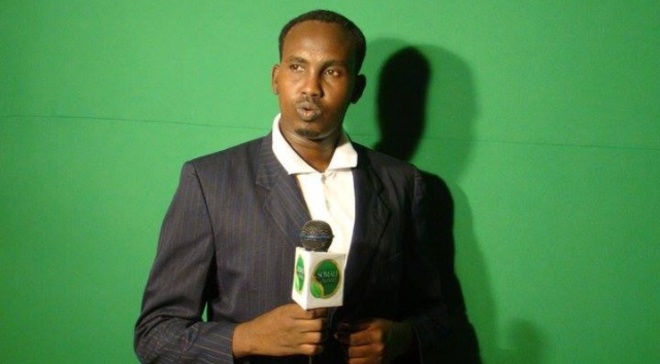 MOGADISHU, Somalia Oct 12,2014 (Garowe Online)-A journalist working for UK-based Somali Channel television, Abdirizak Jama Elmi (Black) is in critical health after unknown assailants in a car opened fired at him in front of his home in Mogadishu’s Black Sea neighborhood according to health officials on Tuesday, Garowe Online reports.

Black is being treated at Madina Hospital, with colleagues disclosing that he is suffering several gunshot wounds to the stomach.

Relatives say, he had since been receiving life-threatening text messages.

Mogadishu-based University lecturer was also injured in the pre-planned attack.

Nobody claimed credit for the shooting but as has been the case Al Qaeda linked Al Shabaab group has been targeting Somali government officials and foreigners in planned assassinations.