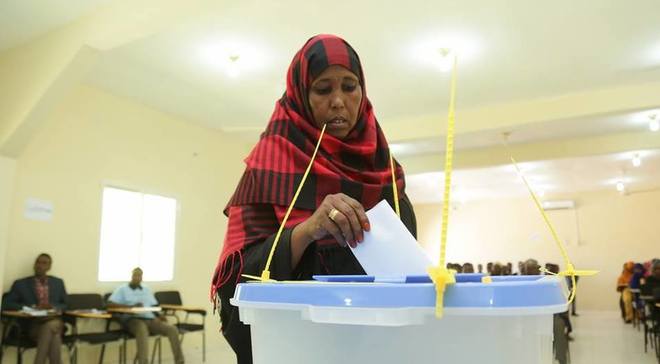 MOGADISHU, Somalia - The Federal Indirect Electoral Implementation Team of Somalia (FIEIT) has announced that the Upper House elections for Somaliland community will restart in Mogadishu on Monday, Garowe Online reports.

According to FIEIT , three seats of the Upper House elections for the Somaliland community will be contested by 10 candidates  in Monday's election which is set to open in the police transport headquarters in Mogadishu.

The election of the upper house seats for Somaliland community was postponed several times due to dispute over the process between Somaliland elders and Federal electoral committees.

The voting resumes after lengthy talks between FIEIT and the new leadership of the federal parliament in Mogadishu over the conclusion of the parliamentary elections to elect the remaining Lower House MPs and the Upper House Senators.

During the talks, FIEIT has agreed with to the new leadership of Parliament, the speaker and his two deputies  if any seat becomes vacant, it should be re-contested in the same process as it was elected by 51 electoral delegates.