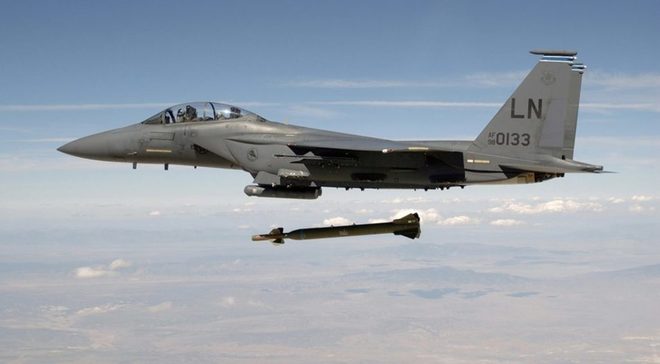 KISMAYO, Somalia - A U.S. air raid has killed four Al-Shabab militants in the southern province of Lower Jubba region on Thursday, the latest in a series of strikes against the militant group, Garowe Online reports.

The U.S. Africa Command [AFRICOM] said in a statement released on Friday that the airstrike was conducted at an undisclosed rebel-held area located approximately 50Km northwest of the port city of Kismayo.

"In coordination with the Federal Government of Somalia, U.S. forces conducted an airstrike against Al-Shabab on Jan. 18, approximately 50 kilometers northwest of Kismayo, killing 4 terrorists," read the statement in part.

AFRICOM said no civilians were killed in the strike, adding that the American forces will continue to use all authorized and appropriate measures to disable terrorist threats in Somalia.

This was the second attack in January alone. The United States has stepped up its operations in Somalia since 2017, with frequent strikes against Al-Shabab and pro-ISIL group in the semi-autonomous region of Puntland.

Al-Shabab has been fighting to overthrow successive internationally backed governments in Mogadishu for a decade and frequently deploys car and truck bombs against military, government and civilian targets.

The group lost its foothold in the capital Mogadishu in 2011, but has continued its fight and still controls vast rural areas in South and Central Somalia.

U.S. sent an estimated 500 special forces to the Horn of Africa country to carry out counterterrorism missions and help the AU soldiers and the Somali National Army [SNA] troops in the fight against Al-Shabab.