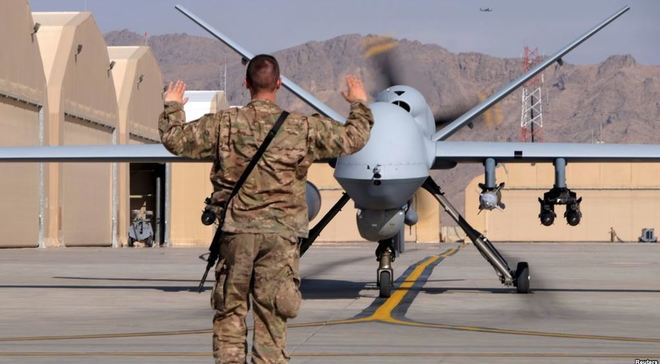 MOGADISHU, Somalia - The U.S. military says it has carried out a new airstrike against al-Shabab in southern Somalia, killing at least 13 militants, Garowe Online reports.

The United States Africa Command [AFRICOM] said in a statement the strike was carried out on undisclosed Al -Shabab controlled location in the Horn of Africa Country on Sunday, December 24.

A U.S. military spokeswoman said the raid occurred about 50 kilometers (31 miles) northwest of port Kismayo town, the interim administrative capital of Jubbaland State, and that no civilians were killed.

She did not call it a drone strike.

A month ago, the U.S. military said it killed more than 100 Islamist militants in Somalia when it launched an air strike on Al-Shabaab training camp, approximately 125 miles (201 km) northwest of the capital, Mogadishu.

The US Defense Department has 500 personnel in Somalia helping Somali and African Union forces in the fight against Al Shabaab and the pro-Islamic States militants in Puntland.