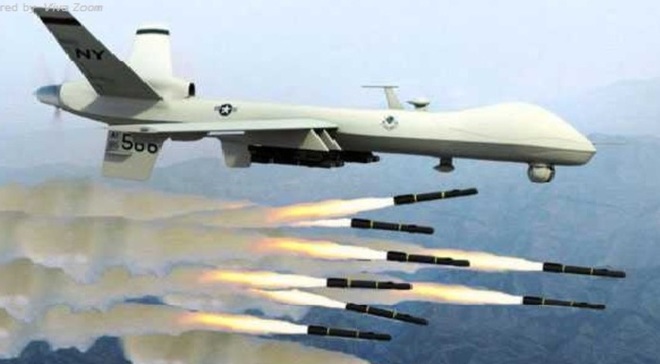 In support of Somali Government, U.S. military has conducted the airstrike against the Al Qaeda-linked militants on Tuesday at about 10:30 a.m. local time, killing 100 fighters, AFRICOM said in a statement.

The special operation occurred at an disclosed rebel-held location, about 125 miles (201Km) northwest of Mogadishu, the Somali capital.

GO has learned after an investigation that the U.S. air raid was carried out in a mountainous settlement called Leb-Adde, some 40Km east of Dinsoor district, former Al Shabaab bastion in Bay province.

The unmanned US aircraft has launched at least 10 missiles in the area, targeting the Al Shabaab base, according to a local resident, who declined to be named told GO by phone from the locality.

AFRISOM said it will continue such attacks in Somalia to deter the threat of Al Shabaab against Americans and their partners in the region, including Somali government and AU forces.

This was the latest in series of aerial bombardments by U.S. military in the Horn of Africa Country in the past few months after President Trump giving AFRICOM a broader authorization to target Al Qaeda-linked and Pro-ISIL Extremist groups.