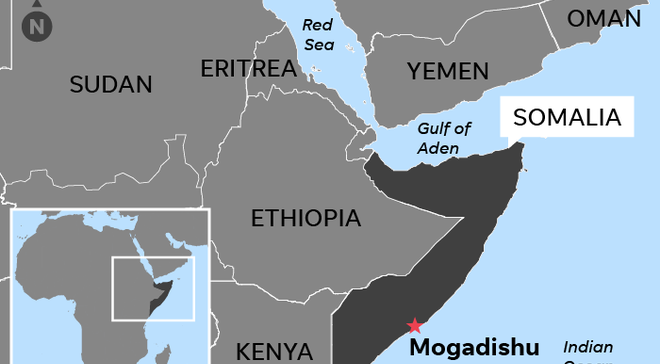 MOGADISHU, Somalia - The U.S. military says it has carried out an airstrike against Al-Shabab in southern Somalia on Thursday, October 25, 2018, killing two militants, Garowe Online reports.

The U.S. Africa Command [AFRICOM] said the strike targeting Al-Shabab convoy was conducted in the vicinity of Kunyo Barrow, a rebel-held town in Lower Shabelle region, about 100 Km southwest of Mogadishu.

"We currently assess killed 2 militants and destroyed 1 vehicle," AFRICOM's statement read, adding that no civilians were killed or injured in the aerial bombing.

This was the 28th strike targeting Al-Shabab the deadliest Islamic extremist group in Africa as the U.S. military stepping up the air campaign against the terrorist group.

The U.S. secret military bases in the Horn of Africa nation, where about 500 special forces are operating, along with local and AU soldiers fighting against Al-Shabab.

A U.S service member was killed in May 2017 during a covert operation against Al-Shabab in Bariire area in the volatile Lower Shabelle region, situated about 64 kilometres west of Mogadishu.

Last June this year, a second U.S. special operations soldier was killed and four others wounded in an "Al-Shabab attack" as troops with Somali and Kenyan forces came under mortar and small-arms fire in Sanguni village near Kismayo city.

Al-Shabab, which seeks to oust the weak Federal Government in Mogadishu continues to control rural areas in the south and central regions and staging attack the bases of Somali army bases and their allied multinational forces.