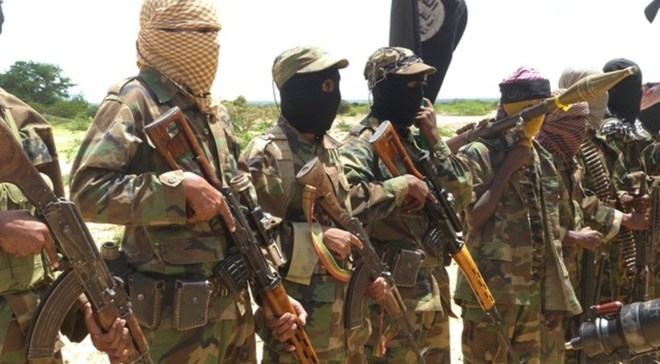 KISMAYO, Somalia - The US military conducted an airstrike Monday targeting Al-Shabaab in Somalia, a strike that took place after the terror group's fighters assaulted a base where a US soldier was killed last month.

"In coordination with the Federal Government of Somalia, US forces conducted an airstrike targeting al-Shabaab militants approximately 50 kilometers north of Kismayo, Somalia," Maj. Karl Wiest, a spokesman for US Africa Command, told CNN.
Wiest said the US was still assessing the results of the strike.

The last US airstrike in Somalia occurred on June 2.

The strike took place the same day that fighters of Al-Shabaab, an al Qaeda affiliate, attacked -- and, according to some accounts, briefly occupied -- a combat outpost that had been previously established by a combined force of some 800 Somali, Kenyan and US troops, including dozens of American military advisers.

Monday's strike targeted Al-Shabaab militants who were observed moving tactically and carrying a variety of weaponry in an area near the attack on the outpost, according to Africa Command.

The outpost is located in Jubaland, Somalia, about 350 kilometers southwest of the capital, Mogadishu.

While establishing the outpost last month, the US forces advising the mission came under attack from mortars and small arms fire and one US soldier, Sgt. Alexander Conrad was killed. Several other US service members and one Kenyan soldier were wounded.
Following the June attack, a US military official told CNN there were no plans for Somali forces to leave the combat outpost and that they would maintain a presence there.
Wiest said no US forces were located at the forward operating base when it came under attack Monday.
There are currently about 500 US troops in Somalia who have been there since 2013 advising local forces battling Al-Shabaab. The US estimates that the terror group commands 4,000 to 6,000 active fighters, making it one of al Qaeda's largest affiliates.