Somalia: US probes claims of civilians killed in raid 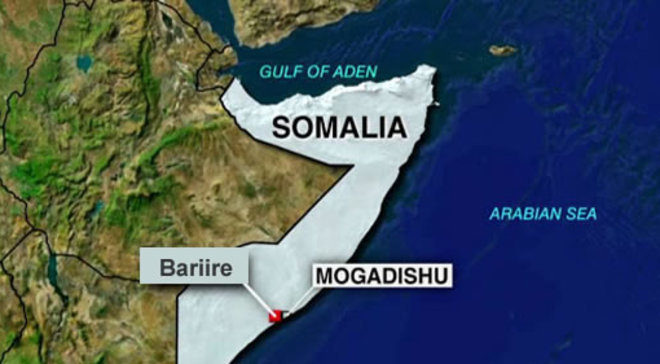 MOGADISHU, Somalia — The U.S. military says it is taking seriously reports that civilians were killed in a raid it supported in Somalia against the extremist group al-Shabab.

The U.S. Africa Command statement comes a day after Somali intelligence officials told The Associated Press that U.S. and Somali commandos had seized three men thought to be al-Shabab commanders during the raid on a village in Lower Shabelle region.

Villagers including relatives told the AP that the five people killed late Wednesday were farmers, not fighters.

The five bodies were laid out on display Thursday outside a hospital in the capital, Mogadishu.

The U.S. says its forces advised and assisted a Somali-led operation on Wednesday targeting al-Shabab near the community of Bulcida.

The U.S. says it will review any information about the incident.