​Somalia Wraps up registration of candidates vying for Presidency 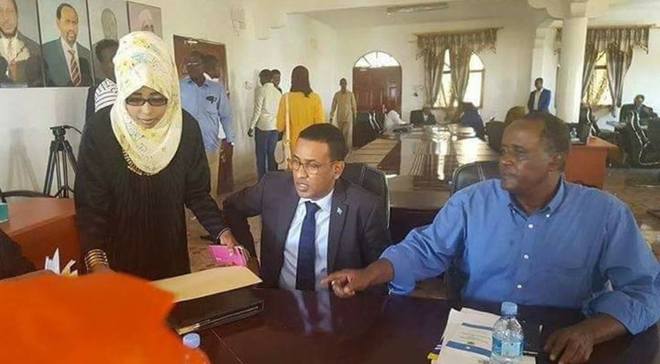 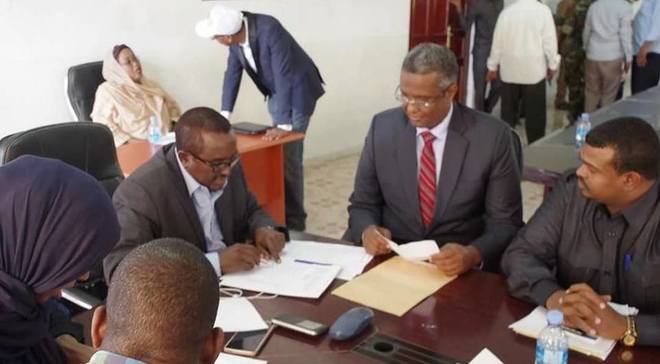 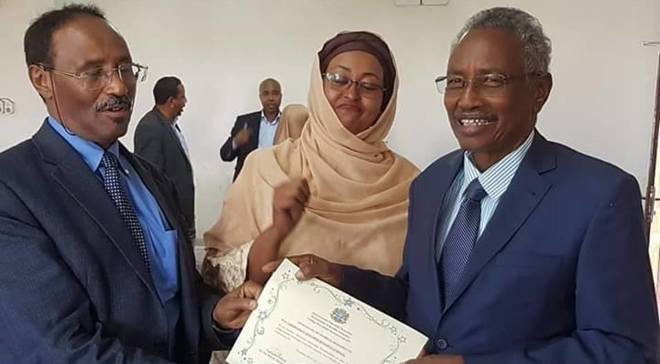 MOGADISHU, Somalia- The election commission of Somalia has on Sunday wrapped up the registration process for the presidential candidates ahead of the poll slated for February 8, Garowe Online reports.

Abdirahman Du'alle Beyle, the chairman of the Presidential election committee has announced the conclusion of candidates registration, saying they have enrolled 18 aspirants during the 3 days process.

He said the election committee has received the requisite documentations and fees of $540,000 from 18 candidates and handed them certificates of participation for the February 8 poll.

Each nominee paid $30,000 as registration fee for his candidacy.

"We, as the elections committee of Somalia will conclude our preparations between 6th and 7th of February ahead of the ballot vote in the following day," said Beyle.

Between February 2-5, the presidential candidates will address their campaign's agenda before the Federal Parliament of both houses.

The caretaker President Hassan Sheikh Mohamud, caretaker Prime Minister Omar Abdirashid Shamarke and key opposition candidates are among the registered candidates contesting for the presidency in the coming election.