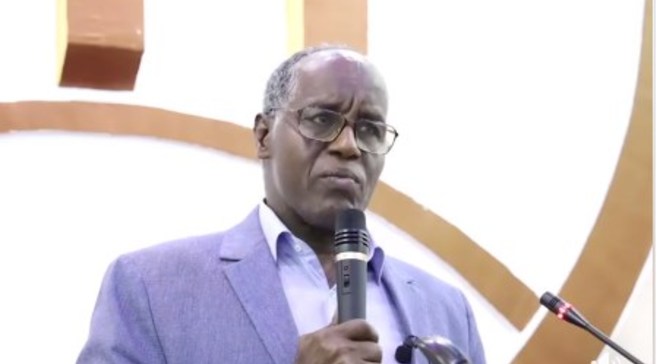 MOGADISHU, Somalia – The Federal Government of Somalia has deployed additional forces to central town on Monday to bolster the security amid brewing tension, Garowe Online reports.

A plane carrying special police personnel left Mogadishu and landed early in the morning at Dhusamareb airstrip, a day after the government troops have taken full control of the city from Ahlu Sunna militias.

On Sunday, Somali forces seized Guri-El police station following the withdrawal of the Sufi fighters who have been facing pressure from Mogadishu to hand over power ahead of the region’s disputed election.

Speaking to the local media, Somalia’s minister of Interior, Abdi Mohamed Sabriye accused the Ahlu-Sunna group of trying to paralyze Federal Government’s efforts to form a new administration for Galmudug.

The rising dilemma comes as Ahlu Sunna militias were expected to be integrated into the national army, including the military, police, intelligence and custodial corps within a year under a deal with the FGS.

The roots of Galmudug’s crisis are complex, but the current rift stems from mediations in 2017 between the Galmudug state leaders and Ahlu Sunna Wal Jama (ASWJ), held under the auspices of IGAD.

The December agreement was based on a power-sharing arrangement, enticing ASWJ in part by allowing its spiritual leader Sheikh Mohammed Shakir to become chief minister.

ASWJ is responsible for kicking the extremist group Al-Shabaab from most parts of the central regions.

Galmudug state President Ahmed Dualle Geelle Haaf blamed the federal government for what he termed as interference and frustration of its efforts at reconciling with the moderate Islamist group.

Somalia is facing yet political crisis with Puntland and Jubaland states resolved to suspend relations with the central government, citing a lack of political, security progress and interfering with regional issues.

Analysts say the resolutions are the latest political setback by the central government which is trying to partner with the international community to stabilize the Horn of Africa nation and defeat Al-Shabaab.