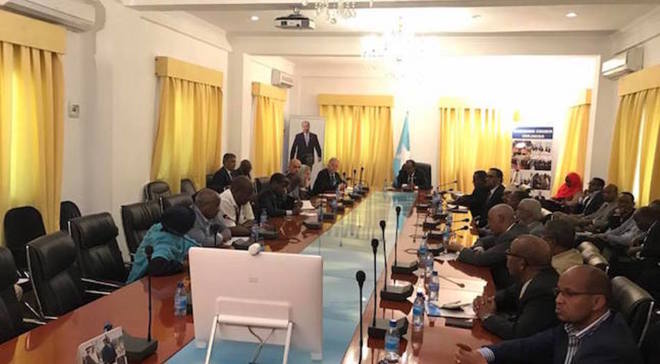 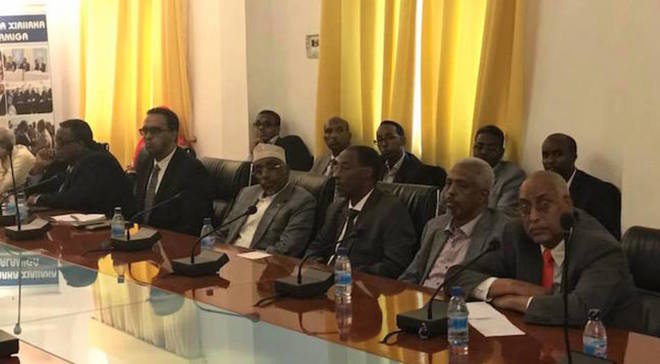 Leaders of the Federal Member States of Puntland, Southwest, Galmudag, Hirshabelle and Jubbaland are attending the meeting at Halane compound, AMISOM headquarters in Somalia.

International diplomats led by Michael Keating, the Special Representative of the United Nations for Somalia are also in attendance in the meeting with the Somali leaders.

The talks are expected to focus on range of issues mainly on the ongoing parliamentary and upcoming presidential election of the horn of African nation. The meeting comes as the country is near to wrap up the ballot of both Lower and Upper Houses of Federal Parliament in the capitals of regional states.

Somalia's presidential election that was scheduled to take place in November 30, has been postponed for the third time.

In the meeting, caretaker President Mahmoud, has commended the regional states that have concluded the parliamentary elections and urged other states to swiftly complete the process to ensure political transition in 2016.

On the other hand, the chairman of Federal Indirect Electoral Implementation team (FIEIT), has highlighted on several key issues surrounded the electoral process among them obstacles that hindered the parliamentary election and reserved women quota.