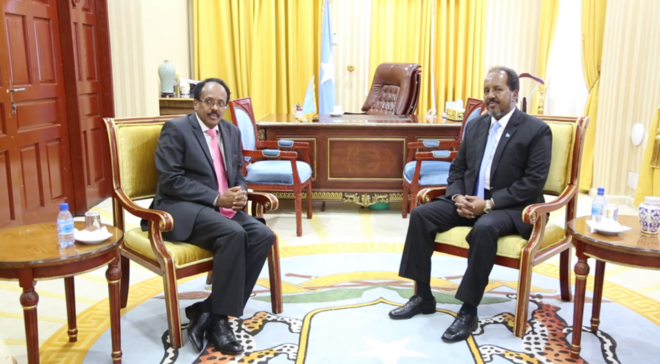 The move comes ahead of his inauguration ceremony schedule to be held on February 22.

Mohamud who has been in power since September, 2012 has conceded defeat to his elected successor Farmajo in February 8, after ballot in the capital Mogadish.

A source at Villa Somalia, told GO that Mahmoud will depart the office on Thursday, after officially handing over the office and all facilities at the Presidential palace to the new President Farmajo.

Farmajo who was picked by the MPs of the Federal Parliament in a secret ballot takes power in a fragile state and faces daunting tasks to tackle corruption, insecurity and war on Al Shabaab militants.