Somalia’s President to visit Ethiopia ahead of London conference 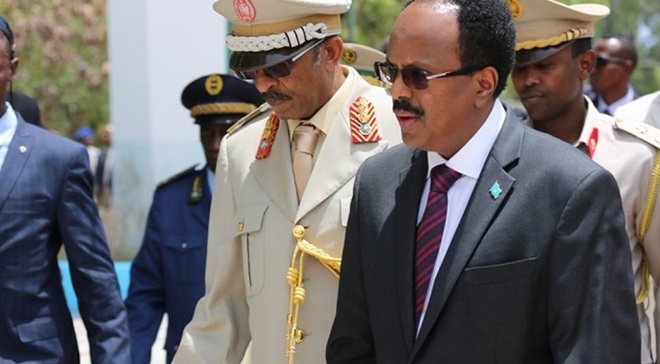 According to Presidency sources, Farmajo will hold meetings with Ethiopia’s Prime Minister, Hailemariam Desalegn and other government officials in Addis Ababa, the capital of Ethiopia.

The leaders are expected to discuss a range of bilateral issues of common interest, mainly strengthening the relationship between the two countries, security and development.

In the past months, local media circulated reports that relationship between the two countries reached low point as Villa Somalia turned down an official invitation from the Ethiopian government to visit Addis Ababa following the presidential election.

Unlike previous Somali Presidents who paid their first state visit to Ethiopia, President Farmajo traveled to Saudi Arabia, Kenya, Jordan and Turkey before his scheduled visit to Addis Ababa this week.

Ethiopia has significant number of troops serving with African Union Peacekeeping Mission in Somalia (AMISOM), whereas Somalis are concerned that their neighbor intervention in the country is not in good faith.

However, this comes ahead of London-conference on Somalia in UK, as international partners will participate to show support to the new Somali Federal government in areas of security, social services, development and drought relief.