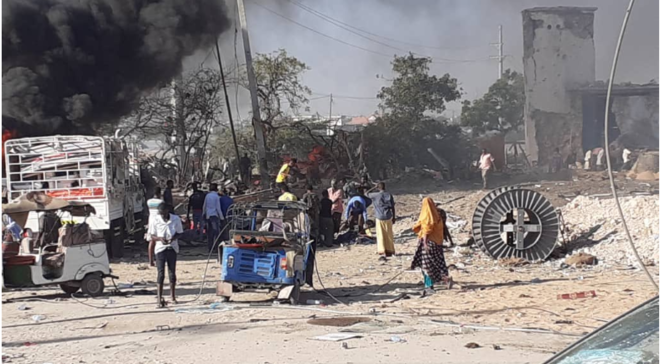 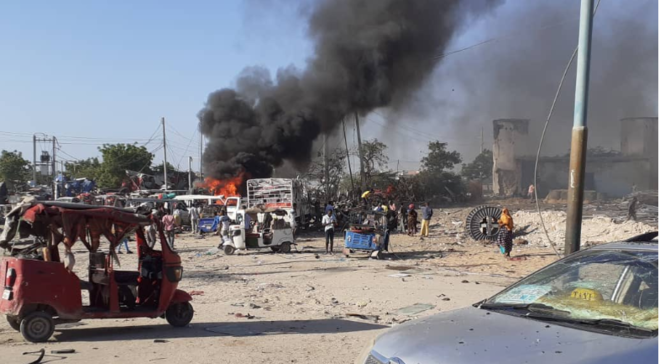 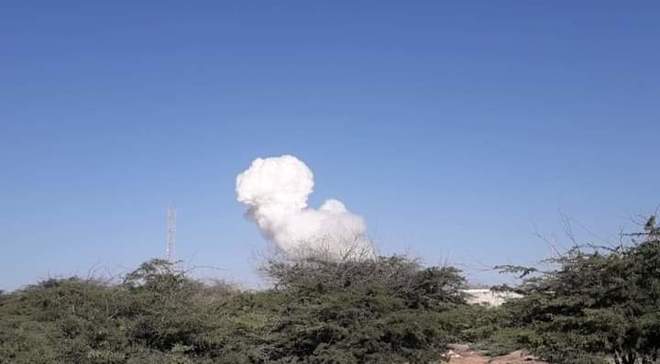 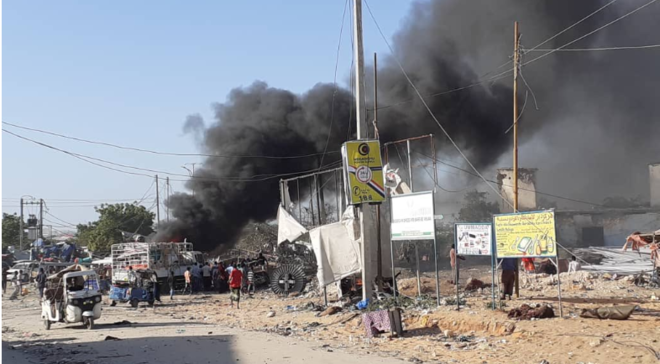 Security officials said the deadly blast happened at a tax collection office at the busy security checkpoint at around 8:00 a.m. local time. Several civilians onboard the passenger buses passing the area are among the casualties.

"A suicide bomber drove the rigged car into a security checkpoint ... at the highway road leading to Afgoye town," Ahmed Bashir, police officer,  told Garowe Online by phone from the site of the bombing.

The huge explosion caused massive damage to the tax office and places of business next to the checkpoint along the road and thick black smoke engulfed the area, a Garowe Online reporter at the scene said.

Ambulance sirens echoed across the blast scene as soldiers at a nearby checkpoint fired in the air to disperse onlookers who gathered nearby and to stop motorists trying to speed through the site amid the chaos.

Other witnesses describe being knocked to the ground by the force of the blast, which damaged nearby buildings.

There was no immediate claim of responsibility and the casualties of the blast were not yet known.

Saturday's attack comes as Somali forces backed by AU troops are continuing a major offensive to recapture the Al-Shabaab-controlled areas in Lower Shabelle region in the south of the country.

The armed Islamist group Al-Shabaab has been fighting since 2007 to topple Somalia's fragile government, which is backed by a 20,000-strong African Union force, AMISOM.