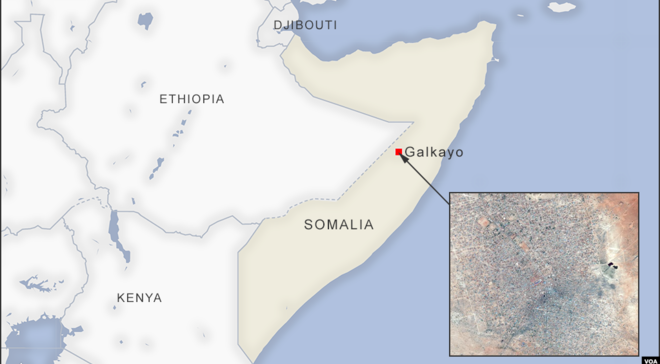 MOGADISHU, Somalia - The United Nations Assistance Mission in Somalia (UNSOM) has strongly condemned the murder of staff member in the central of the country, Garowe Online reports.

Mohamed Abdi Khayre, who served with distinction in the UN Department of Safety and Security, was killed as he was leaving a mosque in the city of Galkayo on Friday evening.

In a statement, the deputy special representative of the UN secretary-general in Somalia, Raisedon Zenenga urged the authorities to arrest the gunmen behind the heinous murder.

According to Zenenga, Khayre was critically injured in the attack and subsequently rushed to a local hospital, where he succumbed to his wounds. The killers escaped the scene before police arrived.

So far, no individual or group has claimed responsibility for the killing of Khayre, who put himself in harm’s way to protect UN personnel based in the city of the volatile Galkayo city.

“We mourn the passing of Khayre, who served with distinction in the UN Department of Safety and Security during his tenure with the organization,” said Zenenga.

He added that the entire UN family in Somalia extends their heartfelt condolences to the family and friends of Khayre whose murder becomes the first in the country this year.

The assassination comes a day after the UN chief António Guterres appointed James Swan of the United States as his Special Representative for Somalia and Head of the United Nations Assistance Mission in Somalia (UNSOM).