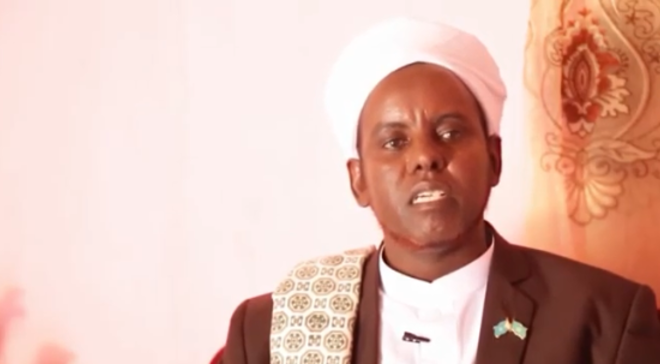 Ahmed Abdi Kariye, the recently elected Galmadug president, who was endorsed by FGS, blamed ASWJ for the clashes, arguing that "they started it all" while condemning Thursday and Friday violence.

But in a rebuttal, Sheikh Mohamed Shakir, said "they [SNA] provoked us after attacking our bases, leading to the urgly confrontations. We are now giving Al-Shabaab space to take over".

For over 20 hours, SNA troops launched sophisticated assault against the moderate Sufi Muslim group, ASWJ, leading to deaths and brief displacement of locals.

However, ASWJ leaders yielded to pressure after over 19 troops surrendered to SNA, as the FGS troops seized the town from the rebels.

In a press conference hours after conceding defeat, Sheikh Mohamed Shakir said the group had handed over their weapons and security forces to SNA troops.

"I have handed over our security forces to Gen. Mohamoud Warsame and I am sure he will take care of the safety of our members," he said, regretting the clashes in the process.

He added: "We have also surrendered weapons to SNA troops as we seek solutions to the current impasse. We shall overcome this predicament".

Before joining Somali National Army [SNA], Gen. Masood Mohamed Warsame was a fighter with the ASWJ militia, before quiting to join the Federal Goverment of Somalia.

During the 20-hour assault in Dhusamareb, besides the capture of Sheikh Mohamed Shakir, the group's spiritual leader Moalim Mohamud Hassan was also seized.

Their fate still remains at large, even with the possibility of putting them under house arrest or even striking an immediate mediation, to subvert possible escalation of the crisis.

Since Feb this year, the ASWJ leaders have been at loggerheads with FGS, with Shakir installing himself as defacto leader of the state, after accusing Mogadishu of "manipulation of electoral system in their loyalists favor".

Besides ASWJ rebellion, former Galmadug President Ahmed Dualle, has also refused to cede power, insisting that "my term is yet to end".

The arrest of Sheikh Mohamed Shakir could however jeopardize the fight against Al-Shabaab, given that the Sufi group has played a major role in degrading the Al-Qaida linked group within Galmadug region.

Early this week, the US warned against internal wrangles between allies, arguing that "the standoff would pave way for Al-Shabaab dominance" during the submission before the UNSC.

To foster peace and defeat Al-Shabaab, the US asked President Mohamed Abdullahi Farmajo to engage regional leaders in dialogue to avoid "possible fallout" among Somali people.

Other than Dhusamareb, similar tensions between SNA and regional troops have been witnessed in Jubaland, with FGS deploying over 700 troops to Gedo, a move which US termed "unnecessary" at UNSC.