US army kills Al-shabaab commanders in Somalia amid withdrawal plans 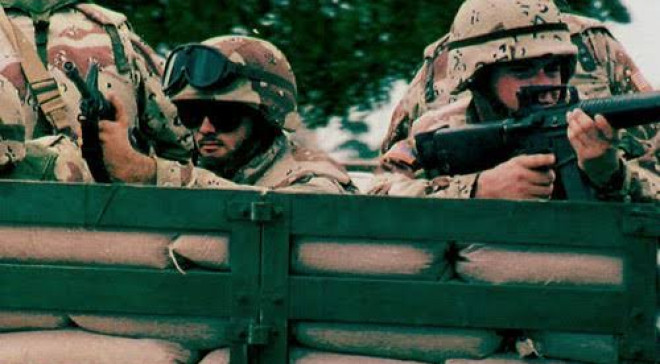 MOGADISHU, Somalia - Amid plans to withdraw from Somalia, the US Africa Command conducted two airstrikes on Thursday in the Horn of Africa nation, killing at least eight Al-Shabaab commanders linked to the manufacturing of explosives besides coordinating attacks in the country.

The Department of Defense has announced intentions to withdraw close to 700 servicemen who have been in Somalia by January 15, 2021, in a directive that was sanctioned by outgoing President Donald Trump, even though the move has been tremendously criticized by various stakeholders.

In a statement published by the US Africa Command, the airstrikes targeted Jilib town in Middle Jubba, which is believed to be the headquarters of the Al-Qaida linked group. This takes the total number of airstrikes conducted by the US army against Al-Shabaab to 48 in 2020.

The initial assessment indicates the strike killed eight terrorists who were known to play important roles in producing explosives for al-Shabaab, including vehicle-borne improvised explosive devices [VBIEDs]. "These devices are used frequently to target innocent civilians. We currently assess no civilians were injured or killed".

“We will continue to apply pressure to the al-Shabaab network. They continue to undermine Somali security, and need to be contained and degraded,” said U.S. Army Gen. Stephen Townsend, commander, U.S. Africa Command.

Al-Shabaab conducts dozens of VBIED attacks annually across central and southern Somalia, including against civilian, government, and U.S. targets. Since 2018, the group has conducted an estimated 45 VBIED attacks in Mogadishu alone, collectively resulting in the death of over 400 civilians, security forces, and government officials, added the statement.

“This strike should demonstrate to any enemy that we stand by our partners and will vigorously defend both ourselves and our partners during this repositioning and future operations,” said Maj. Gen. Dagvin Anderson, Joint Task Force - Quartz commander. “We will continue to maintain strong force protection and strike those who seek to harm us or our partners.”

Together with the international partners recognize, the Command said it values the importance of stability in Somalia. While peace and stability require strong governance and providing economic programs and opportunities for the Somali people, it noted, security remains foundational to each.

“Al-Shabaab remains a dangerous franchise of al-Qaeda,” said Townsend. “We continue to monitor the threat and support our partners through training and military and diplomatic engagement. This mission illustrates our continuing commitment to eradicating this threat and supporting our Somali partners in the region. We're repositioning, but we will maintain the ability to strike this enemy.”

U.S. Africa Command remains committed to working with East African countries to include building and maintaining regional security and placing pressure on al-Shabaab to advance mutual interests. U.S. Africa Command will continue to work with international and African partners to ensure long-term security in Somalia to the Federal Government of Somalia and its Member States, read the statement.